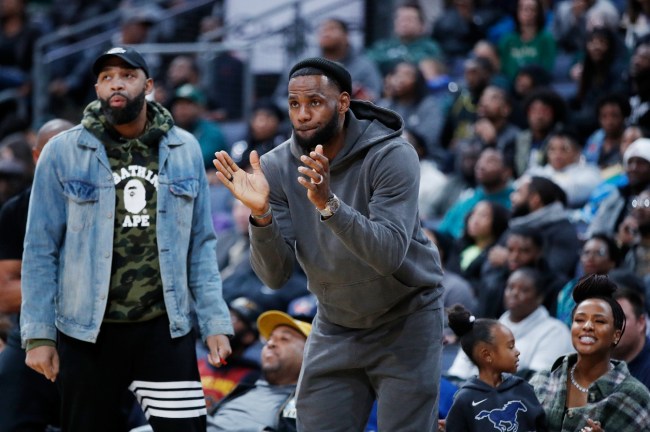 College basketball teams (and football teams) are throwing out scholarships early on to players in today’s world. LeBron James’ oldest son, Bronny, has already received a handful of offers, including a recent one from Penny Hardaway and the Memphis Tigers.

Now, his 15-year-old son, Bryce, has received his first college offer from Duquesne. Duquesne’s head coach also has a connection with LeBron, and Bryce has certainly caught more steam over the past few months with his play.

2025 prospect Bryce James has received an offer from Duquesne, he posted on Instagram.

Bryce won’t be eligible for college until 2025, so that is a long way from now, but there should be plenty more offers coming his way sooner rather than later.

Just watch this guy work and you will know why college teams are already lining up to bring him to their program.

Bryce James has received his first offer from DUQUESNE 🔥 (via @CourtsideFilms) pic.twitter.com/GN8iQNzlFo

The race for both James’ sons is heating up, especially with Bronny heading for college soon and NBA teams already dreaming up a LeBron-Bronny father-son duo.

LeBron’s latest extension with the Los Angeles Lakers also has a perfect opportunity for that to become a reality. Nonetheless, both of his sons have bright futures in the game of basketball, and we can see them play together at Sierra Canyon High School this year.