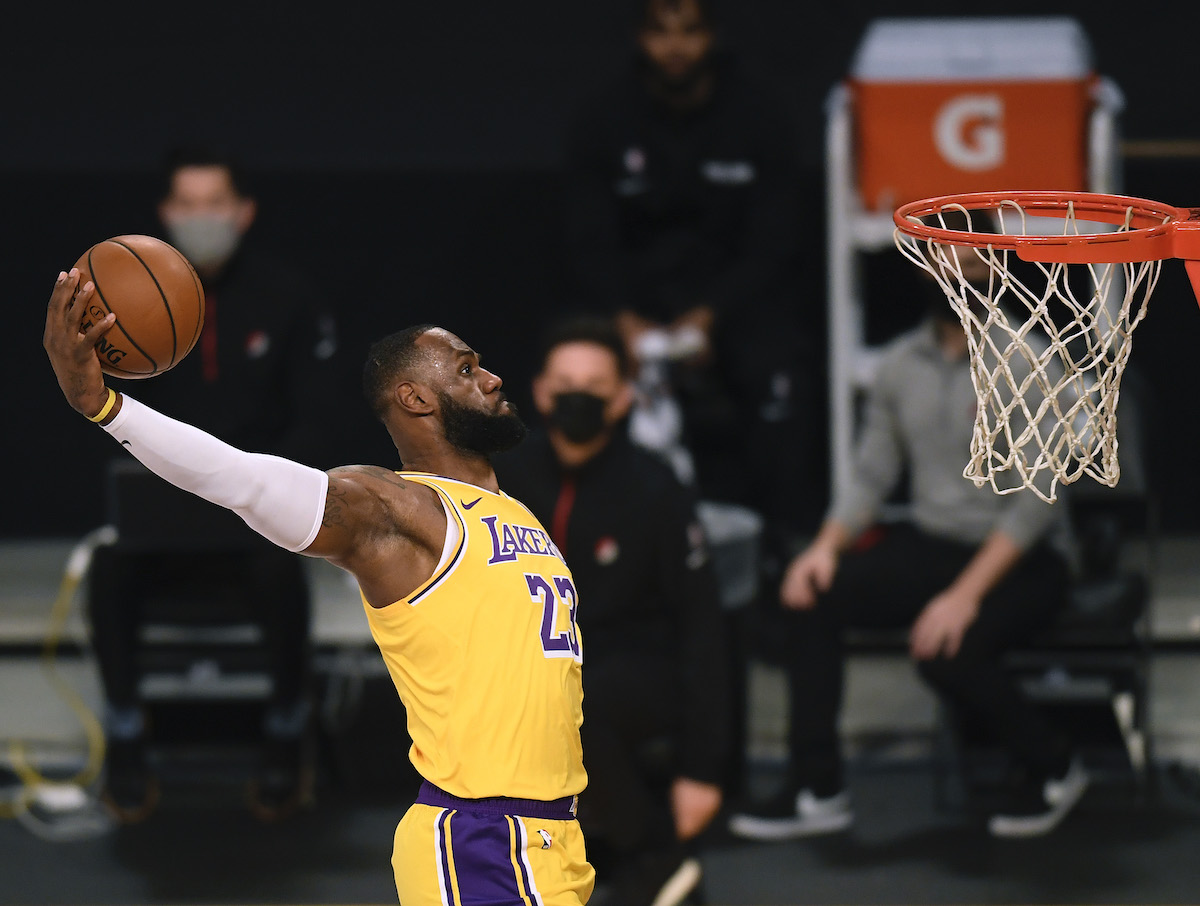 LeBron James once again proved that “The King” reins supreme.

As more and more sports fans continue to collect, buy and sell on the NBA Top Shot platform, it was only a matter of time until we saw one of the blockchain-based highlights sell for hundreds of thousands. And, while there are plenty of superstars in the league worthy of going for a record sales price, the Lakers’ star became the first player to see his digital trading card go for over $200,000.

According to Action Network’s Darren Rovell, one of James’ Top Shot highlights recently sold for a record-setting $208,000, which, as mentioned above, marks the first time a sale has eclipsed the $200,000 threshold. Previously, there had been about a dozen highlights priced at $100,000, so this is a rare feat for the new platform.

Roham Gharegozlou — CEO of Dapper Labs, the company which produced NBA Top Shot — described the LeBron James record-setting highlight as an “iconic buy,” and added that it’s “one of the rarest moments that will ever exist on Top Shot.”

The James highlight sold features the Lakers star dunking over Sacramento Kings big man Nemanja Bjelica during a game in November 2019, which is embedded below. With 49 of the highlights minted — and labeled as “Cosmic” by NBA Top Shot — a lucky collector found it in a $230 legendary pack. Now that’s some luck.

Interest in Top Shot has been astronomical, with recent reports showing that the platform neared $125 million in sales over a recent 30-day period. That outpaced all Crypto collectible markets. And with the NBA and its players receiving a portion of every sale, it’s safe to assume the popularity will continue to grow.

Now that an NBA Top Shot highlight has sold for over $200,000, how soon until we see one go for two or three times that price? At this rate, it may come sooner than most fans probably think.