Las Vegas Raiders Move On From Another Awful Contract, This Time Kenyan Drake 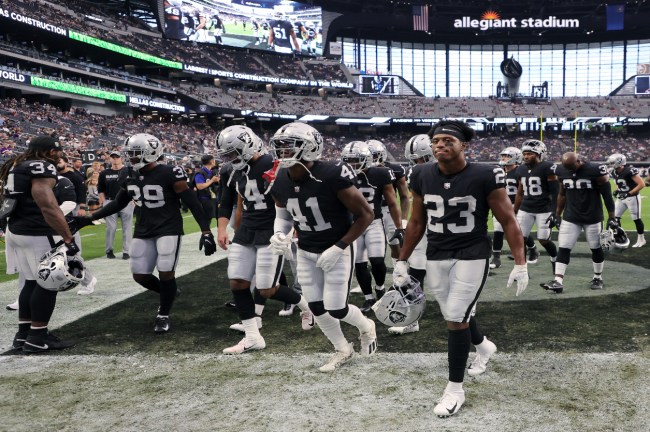 The Las Vegas Raiders have a new regime in town, with head coach Josh McDaniels taking over the team on the sidelines.

There is a ton of buzz around the organization, and the acquisition of Davante Adams sure has everybody ready for the reunion with former Fresno State teammate Derek Carr.

However, there are still some bad contracts from the Jon Gruden era, and one of them is running back Kenyan Drake. On Monday, the Raiders announced their intentions to release Drake, according to Josina Anderson of CBS Sports.

Drake played just one season with Las Vegas, totaling 254 yards on the ground with two touchdowns. He caught 30 balls for 291 yards and a score and was a nice change-of-pace back to Josh Jacobs. But, McDaniels decided to move on after the emergence of rookie Zamir White and the free-agent additions of Brandon Bolden (a former Patriot) and Ameer Abdullah.

Here are the contract details for Kenyan Drake, and this is another big mistake by the Gruden regime (there were a lot of them).

Now, the Raiders get rid of his contract, and it will be difficult to trade for him, especially with money still being owed. Chalk this up to an L for the Jon Gruden era in Las Vegas.