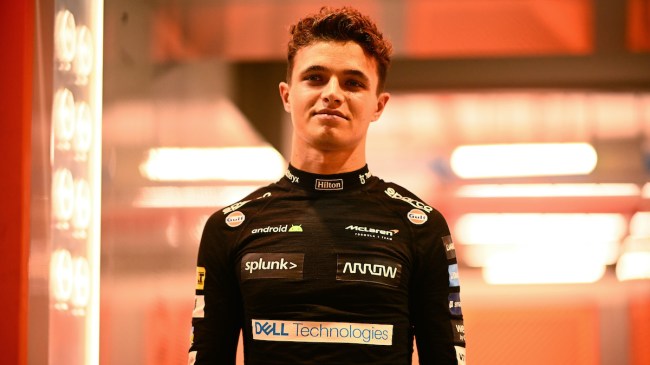 The 2022 Singapore Grand Prix is happening this weekend and it appears a legendary video game character will be in the driver’s seat on Sunday.

Formula One is no stranger to ventures into the gaming world. The Formula 1 Esports Series is one prime example. Earlier this year, Activision also announced that the Singapore F1 track would be a playable map in its next Call of Duty game.

With the actual Singapore GP upcoming, a new gaming-related collaboration between McLaren driver Lando Norris and Microsoft’s iconic Halo franchise will make its debut. On Thursday, Norris revealed a special helmet design inspired by Master Chief which he’ll be wearing this race weekend.

So how did this unique partnership come about? Well, Norris is actually quite involved in the video game/esports scene. Back in 2020, he founded his own gaming and lifestyle brand called Quadrant.

It just so happens that Quadrant was accepted as a partnered team in the Halo Championship Series, the esports league for Halo Infinite, on Thursday. So to celebrate the parternship, they’ve come together to create the Master Chief helmet.

“This one is for the gamers out there. This is my Master Chief helmet from Halo. And we are celebrating Quadrant’s partnership with Halo and HCS. It’s been a very long process in order to come up with such a thing, but we’ve tried to make it as identical as possible. Master Chief is one of the most iconic video game characters in all of esports.”

Norris plans to wear the unique helmet for the Singapore Grand Prix and fans can also purchase their own special edition 1:2 scale mini helmet too.

Norris will hope to improve upon recent performances this weekend at the Singapore Grand Prix. He’s finished 5 of the last 6 races in 7th place and is also 7th in the Drivers standings. McLaren currently sits 5th in the Constructors standings and 18 points behind Alpine F1.

Ultimately, it’s collaborations like these that will certainly help Formula One gain even more popularity amongst the younger generations. Maybe Master Chief will even provide the boost McLaren and Norris need in the fight for 4th place.