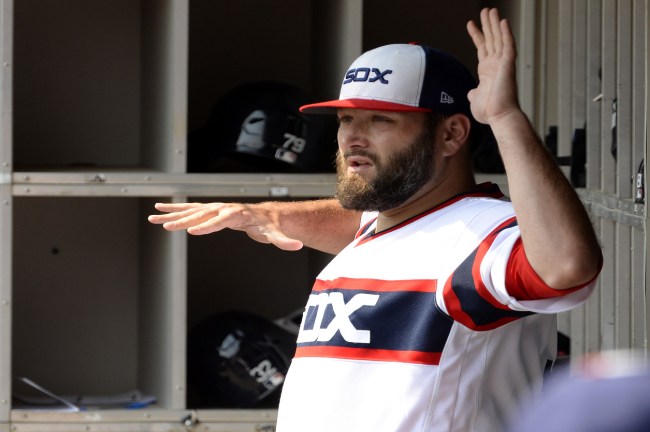 During the White Sox game against the Detroit Tigers on Monday, Lynn got into a verbal exchange with third base coach Joe McEwing.

Lance Lynn is not happy. pic.twitter.com/QYhmAHfXUn

Lynn could have been frustrated at himself. After all, he went 4.1 innings, giving up three runs on 10 hits. After the game, Lynn spoke about the exchange with McEwing.

Lance Lynn Is Apparently Particular About His Steak

Lynn and McEwing were clearly angry about something, and Lynn said after the game that they just disagreed on steak.

"He kept telling me that filet is better than ribeye. I'm more of a ribeye and potatoes guy."

-Lynn on the altercation pic.twitter.com/5zn4uKsPCq

Lynn must be joking, right? He has to be.

We have seen Lynn use this type of sarcasm before in press conferences, so surely that’s what this was. Still, this is a hilarious quote from Lynn, and if it was serious, just an unbelievable back and forth from McEwing and Lynn.

In reality, Lynn might have been upset about defensive positioning, and frustration boiled over from his short start.

Guessing Lynn was unhappy about defensive positioning. When he finished with reporters, he walked into clubhouse lunch room and said, "got any ribeye in here?"

Nonetheless, what a classic exchange by Lynn with reporters after the game. The veteran will try and bounce back next time around, and hopefully he and McEwing can put this aside and focus on getting back to baseball.