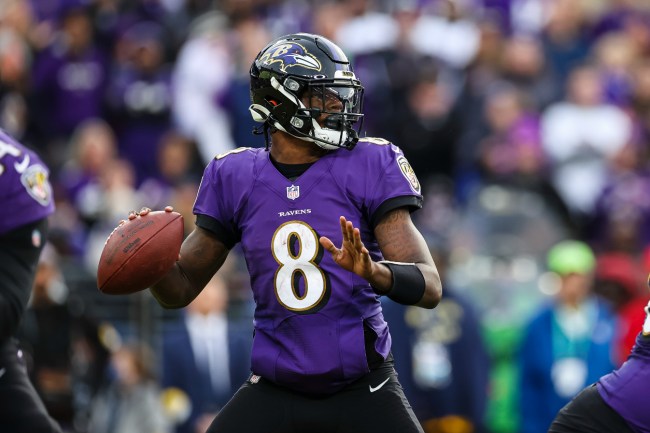 After a year full of injuries, the Baltimore Ravens are heading into the 2022 season with high expectations. Quarterback Lamar Jackson is entering the final year of his contract and has been discussed among some of the highest-paid players in the NFL once a new deal is done.

With other players like Kyler Murray and Deebo Samuel skipping OTAs as they both deal with contract issues, Jackson was not there for Baltimore’s first set of OTAs.

Lamar Jackson is one of about 18 Ravens I don’t see on practice field for OTAs. Several absences are injury/recovery related, like Dobbins, Gus Edwards, Ojabo, Marcus Peters, Tyus Bowser.

Regardless, fans flocked to social media and sure blew this absence out of proportion.

Jackson’s OTA absence might be a cause for concern. Then again, maybe not.

The Ravens star QB already mentioned that he doesn’t want to deal with the contact until after the season. Plus, he expressed on Twitter that he can’t wait to return.

That doesn’t matter, apparently. Others overreacted as always.

So Lamar You’re under the contract but you just don’t feel like showing up today. Interesting you are the leader of his team I think.

Yet, Jackson himself insisted that he is waiting to work a new deal until the season ends, according to Myles Simmons of Pro Football Talk.

On the other hand, Jackson has made it clear to the team that he wants to wait until after the season to begin discussions on a new deal.

Head coach John Harbaugh, however, wants Jackson to answer the question about his OTA absence.

John Harbaugh said he’ll let Lamar Jackson speak for himself on his absence.

Even with that information, fans are insisting Jackson is holding out for contract reasons. That probably isn’t the case one bit.