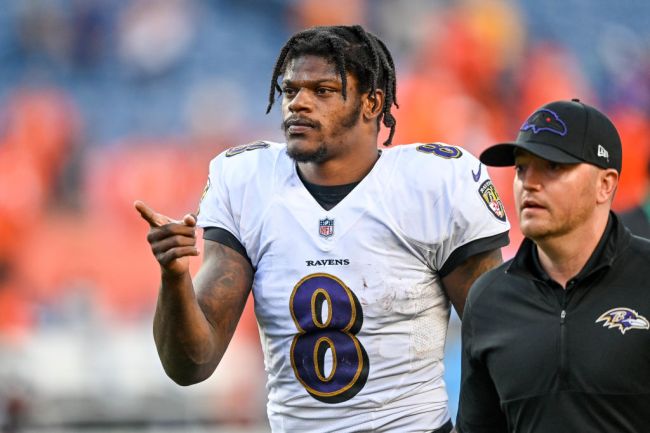 NFL preseason week 2 is now complete and that means the time is running out for the Baltimore Ravens to reach a deal with their star quarterback Lamar Jackson.

Jackson, who is entering the final year of his rookie contract, will hit free agency in 2023 unless a new extension is agreed upon. The clock is ticking. Over the weekend, the 2019 NFL MVP suggested that contract negotiations would be halted once the regular season begins.

The NFL off-season has provided massive deals for other quarterbacks, but Jackson’s negotiations have remained private and unfinished so far. On Monday morning, Ian Rapoport joined the Pat McAfee Show to provide some clarity on the situation.

While no confirmation has come, it appears the Ravens are willing to offer Jackson more than what the Arizona Cardinals gave Kyler Murray.

"From what I understand the Ravens are willing to give Lamar Jackson more than what Kyler Murray got" ~@RapSheet#PMSLive #RavensFlock pic.twitter.com/MF3Ne690LX

Cardinals quarterback Kyler Murray agreed to a five-year, $230.5 million extension back in June. According to Rapoport, that contract seems to be the floor for Jackson’s ongoing talks, and for good reason.

Rapoport also revealed whether Jackson’s deal would include similar guarantees to Watson’s unprecedented 5-year, $230 million fully guaranteed deal. It appears that won’t be the case.

Despite all the accusations surrounding Watson, Rapoport admits the Browns’ new quarterback had considerably more leverage during his trade talks. In contrast, fewer teams are actively pursuing Jackson and thus making any insane guarantees very unlikely.

With the Baltimore Ravens set to face the New York Jets on September 11th, there’s less than a month for them to hash things out.

At least Ravens fans can rest easy knowing that talks are ongoing between the team and Lamar Jackson. He’ll likely sign a contract worth over $230.5 million, but it probably won’t come until closer to Jackson’s regular season deadline.