Lebron Is Injured And The Season Seems Doomed For The Lakers 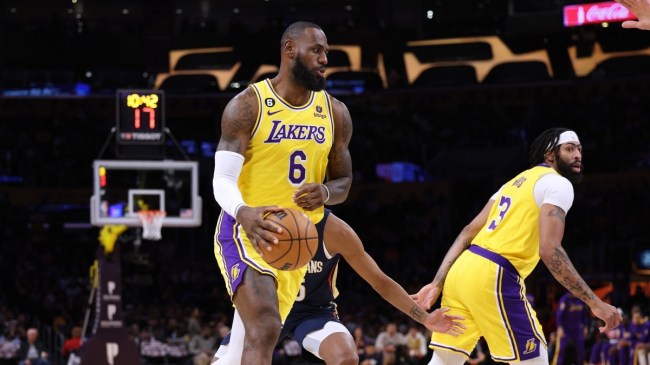 The Los Angeles Lakers are a mess. They’ve been one of the worst teams in the NBA in the early going and play a terrible brand of basketball. Anthony Davis has been terrible when he’s been on the court. Russell Westbrook looks completely washed. And, since there’s so much money tied up in those two players plus Lebron James, there’s just no depth on the team at all.

They went into Wednesday’s primetime matchup with the crosstown rival Clippers at an abysmal 2-8. A win would’ve been a big statement against a team that had beat them 8 times in a row coming into the matchup. But, it wasn’t to be, and the Lakers got killed. They fell behind by 17 after a disastrous first quarter, and the Clips cruised home for a 114-101 victory.

But, the loss isn’t even the worst thing that happened. Rather, it’s the injury to their franchise player that is concerning.

Lebron James left the game with a groin injury

With 5:41 remaining in the game, Los Angeles was looking to pull of a comeback. They had slowly chipped into the Clippers’ lead and had gotten it to single digits. But, focus quickly turned to James, as he left the game with an apparent groin injury.

LeBron went to the locker room with an apparent injury pic.twitter.com/G7QFZwPRi1

That’s not good for the Lake show at all. They’re already not good, and he’s really been the only high-paid Laker playing well. Lebron doesn’t think it’s that serious, but groin injuries can really linger.

LeBron says his injury is not as bad as the groin injury he suffered against Golden State on Christmas in 2018.

LeBron on his groin injury: “If it was a playoff game I probably would’ve played.”

That sounds semi-encouraging. But, as I said, these things tend to linger and reaggravate. They simply cannot afford to be without him for any period of time.

The purple and gold will be back in action Friday night against Sacramento.