The Lakers Have Officially Hit Rock Bottom Amid League-Worst Start 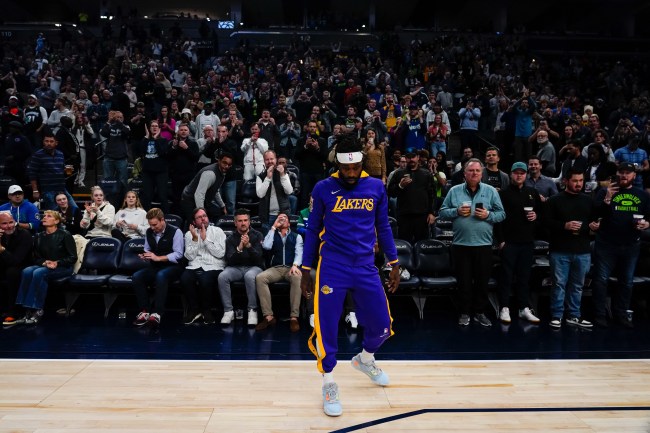 Expectations were not that high entering this season for the Los Angeles Lakers. Yes, Lebron James and Anthony Davis were still in purple and gold. But, the supporting cast isn’t great, it’s a first-year head coach, and it’s a tough Western Conference. Most had them pegged as a playoff team that would either get bounced in the first round or maybe win a series before getting eliminated.

Well, it’s been much worse than that. The Lakers lost their first four games heading into Friday’s game against the Minnesota Timberwolves, and human porcelain doll Anthony Davis was already hurt. Unfortunately for the Lake show, things still aren’t going their way.

The Lakers lost again to drop to a woeful 0-5.

Los Angeles is still looking for their first win after losing 111-102 to the Timberwolves.

The Lakers have yet to win a game. pic.twitter.com/n5W2VYrmxp

It’s just a disastrous start for what is probably the produest franchise in the league. And, they certainly didn’t want to spend some of Lebron’s last years as one of the league’s top players being noncompetitive. But, as it stands right now, no one is worse.

They are currently the WORST team in the NBA. pic.twitter.com/0xdpQserrW

The season is quickly turning into a complete embarrassment.

The internet is having a field day with the slow start

Naturally, the memes are out.

Be careful out there, everyone. I had 2 Lakers tickets in my car and someone broke in and left 4 more. pic.twitter.com/d4rSFznzXZ

me going in to the lakers spaces tonight pic.twitter.com/cIYUtEaqz7

All in all, it’s a bad time to be a Laker fan. They’ll be back in action Sunday against the Nuggets.