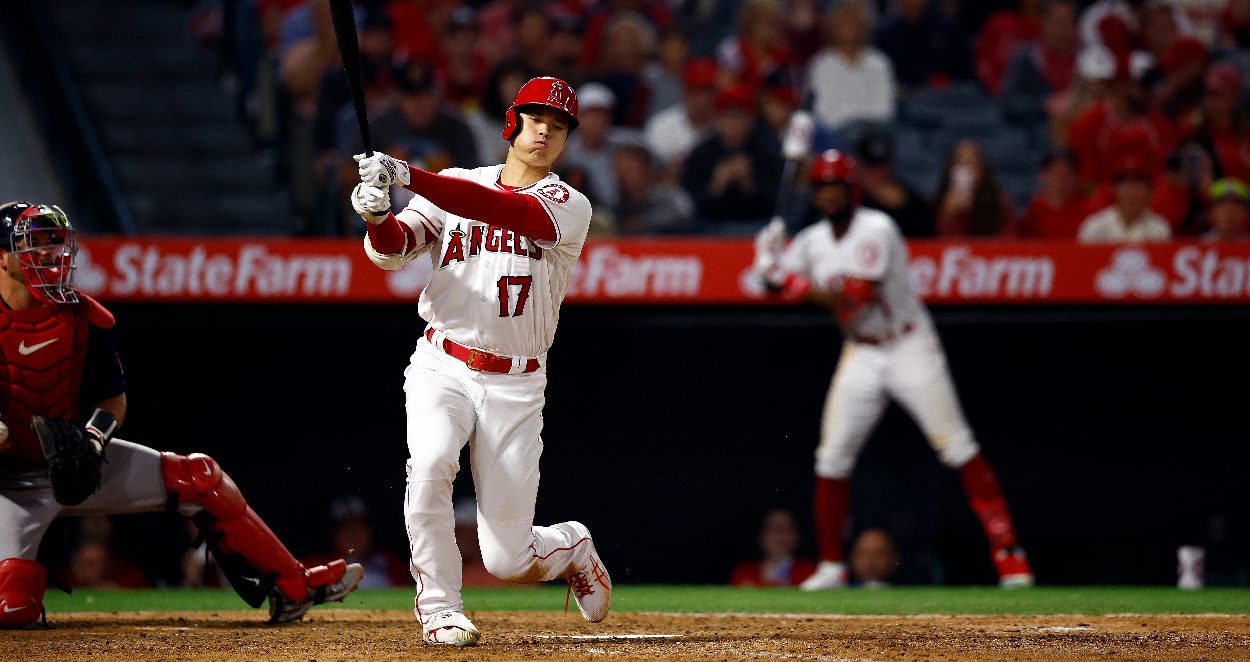 The Los Angeles Angels Are Far Away From Making The Playoffs

Things were going really well for the LA Angels at one point this season.

The Angels beat the Texas Rangers 5-3 on May 24 to move to 27-17 and sat in first place in the American League West. Fast forward just a few weeks the Angels have decided to burn it to the ground.

Los Angeles has lost a franchise-record 14 consecutive games and fired manager Joe Maddon on Tuesday. The change didn’t provide immediate dividends as the Angels lost their first game under interim manager Phil Nevin 6-5 to the Red Sox on Tuesday night.

So LA decided to get creative in hopes that someday they would win again.

Los Angeles needed a spark, so it’s no surprise it turned to world-renowned rock band Nickelback in order to find that.

People: I can report that every Angels player will walk up to Nickleback tonight. The coaches decided it as a way to shake things up. So, if the Angels snap their losing streak tonight, you can thank Nickleback.

Unfortunately for the Angels, who are led by former American League MVPs Mike Trout and Shohei Ohtani, the decision backfired. Instead of sparking the LA offense, the rockstars only made things worse. The Angels lost against to the Red Sox and were shut out in he process, 1-0.

The Angels turned to Nickelback walk-up songs to end their losing skid. The baseball gods struck back after their ears started bleeding. The streak is now at 14 losses in a row after a 1-0 loss to the Red Sox, with Mike Trout still sidelined and day-to-day with a groin injury.

The loss pushed the streak to 14 consecutive games with out a win for LA and it’s unsure if there’s a rally monkey on the horizon. On thing is for certain, there was no savin’ me from having to write this piece.