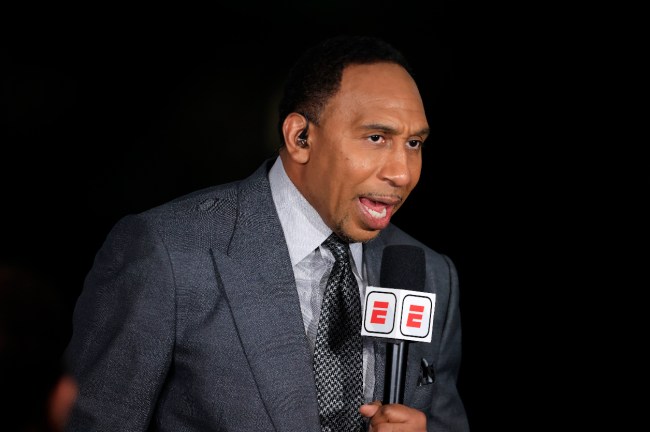 Well, now we have Brooklyn Nets star Kyrie Irving calling out Stephen A. Smith for how he acts. Here’s what Irving said on Twitter on Tuesday morning.

@stephenasmith you’re gonna have to explain yourself to people in your generation. I am not around many 50 plus year olds that speak and act like you do, so this is new for me. But I am sure my father and my uncles can meet you on your level better than I can. We know you STEPHEN

Something must have provoked Irving to call out Stephen A. Perhaps it was Smith commenting on Irving opting in with the Nets, and Smith’s full two-minute clip might have certainly rubbed Irving the wrong way.

Irving heard, sat back, and fired back at Smith. But it wasn’t done there. Not even close.

Stephen A. Smith Fires Back At Kyrie Irving

Not even an hour after Irving tweeted, Smith saw Irving’s post and fired back with a long post of his own.

Smith was not at all happy with what Irving said about him, and the two have suddenly started some fiery beef with one another.

The NBA has already been full of drama and the Finals still just barely ended not even three weeks ago. With NBA free agency around the corner, it will be interesting to see how that plays out, although this latest drama between Stephen A. and Kyrie might be a significant talking point for the next few days.

Get your popcorn ready.