Kyrie Irving Is Ready To Catch The First Plane To Los Angeles According To Stephen A. Smith 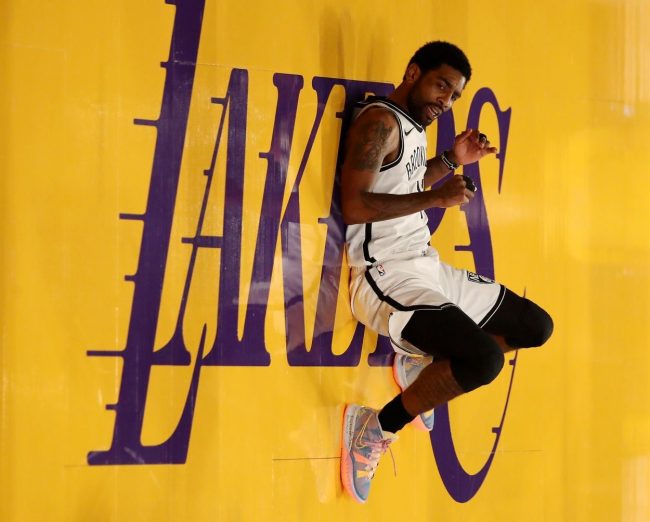 Kyrie Irving isn’t going to hang around and play for a team without Kevin Durant.

At least, not if Stephen A. Smith is to believed.

After Durant sent shockwaves through the NBA by requesting a trade out of Brooklyn, Smith says Kyrie is ready to head out the door as well. Irving isn’t going just anywhere though. Instead, he wants to play for the Los Angeles Lakers.

Stephen A. Smith on ESPN:

“Kyrie Irving is telling everybody that he plans on going to the Lakers as soon as he possibly can.” pic.twitter.com/qctOwMyI9Q

The link makes sense. Irving’s named came up with the Lakers before he opted back into his deal a number of times. At one point, the Lakers even sounded like favorites to land his services. But now it’s unclear how exactly Irving plans on getting to LA.

He still has a year left on his contract before he’s a free agent and Brooklyn seems set on finding a deal for Durant before anything else.

ESPN’s Brian Windhorst had previously stated that a Kyrie Irving-Russell Westbrook swap wasn’t out of the question, but that was before the Durant news. What incentive the Nets would have to dump Irving, still one of the league’s top players, for nothing is unknown.

For now, it appears things are continuing to fall apart for Brooklyn just a year after they were league-wide favorites to win an NBA championship.