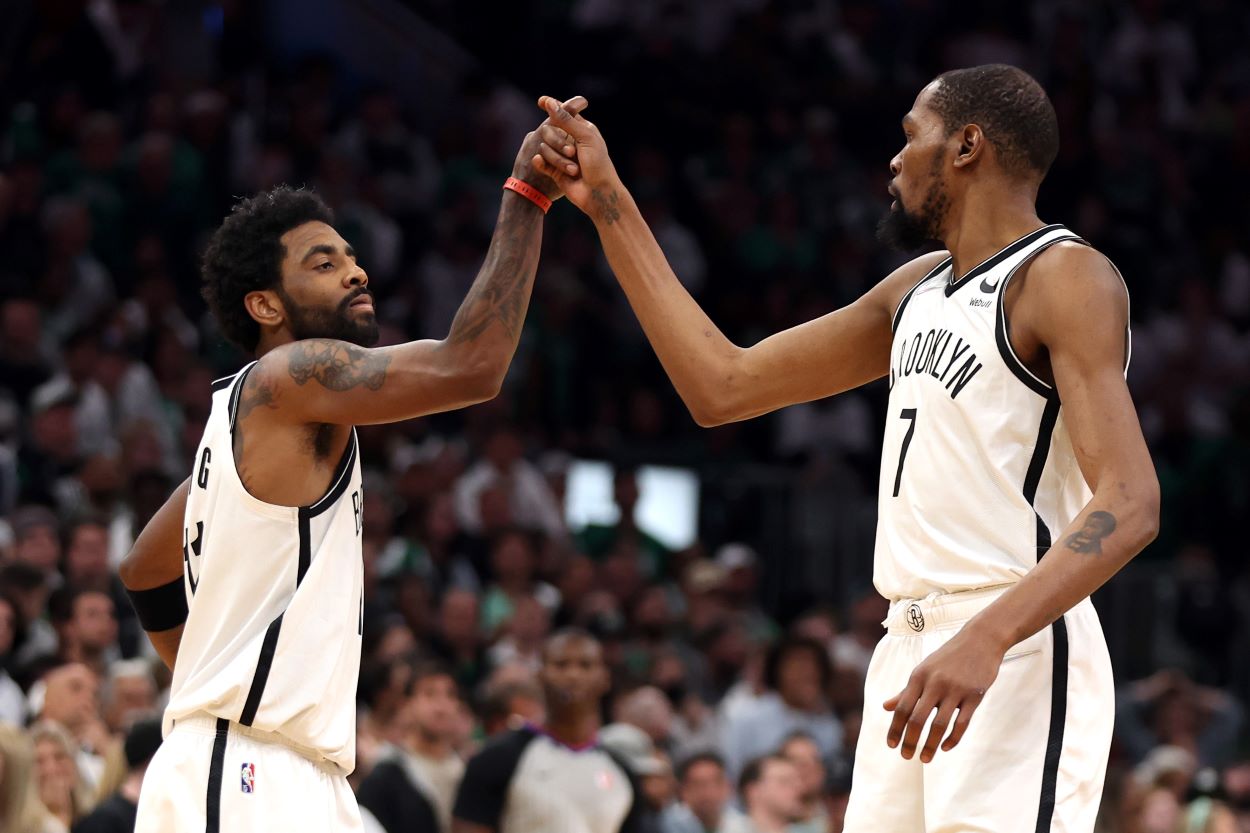 The last year has been tumultuous, to say the least, for Kyrie Irving and the Brooklyn Nets.

From missing games to his vaccine status, to admitting that he “let the team down,” to saying that he wants to help “manage the franchise” moving forward, things just haven’t gone according to plan.

The Nets and Irving have reached an impasse in contract negotiations, according to Shams Charania of The Athletic.

Sources: Kyrie Irving, Nets are at impasse in conversations about his future in Brooklyn, clearing way for the seven-time All-Star to consider the open market. Lakers and Knicks expected to emerge among potential suitors.

Inside Pass at @TheAthletic: https://t.co/VbOOtrzdTB

Irving has a player option for 2022-23 and has until the 29th to decide whether to exercise if. If he does, he can still sign an improved extension with Brooklyn.

But Charania’s latest report says that talks between the two sides have hit a standstill.

Irving said “I don’t really plan on going anywhere” on April 25 after the Nets were eliminated from the playoffs by the Boston Celtics. Celtics fans, of course, rolled their eyes at the comments.

Since then talks between the Nets and Irving have fallen apart. Charania states that the Lakers, Knicks and Clippers would be the most interested teams. Though Los Angeles would need to facilitate a trade due to lack of cap space.  The Clippers are in a similar situation, though New York could create enough cap space to the superstar point guard.

NBA Twitter had plenty to say about the matter, as per usual.

Sounds like a leverage play from Kyrie, but the possibility of him leaving a team for a second time after saying he wouldn’t go anywhere else is hilarious. https://t.co/AKcC0QsheB

Some questioned the decision-making of fellow star Kevin Durant.

The way this Nets squad is self-destructing is comical and completely unbelievable for a guy like Kevin Durant, who just watched his old team in GSW win yet another championship. #NBA https://t.co/odoJV7I94A

Collin Sexton has been cleared for full basketball activities. https://t.co/q1IcgyTKXY

You know where you felt most at home bro @KyrieIrving https://t.co/aW8O3trAkb pic.twitter.com/pKrsEDfRNW

Which new team will Kyrie Irving destroy from the inside out? Find out on our next episode!