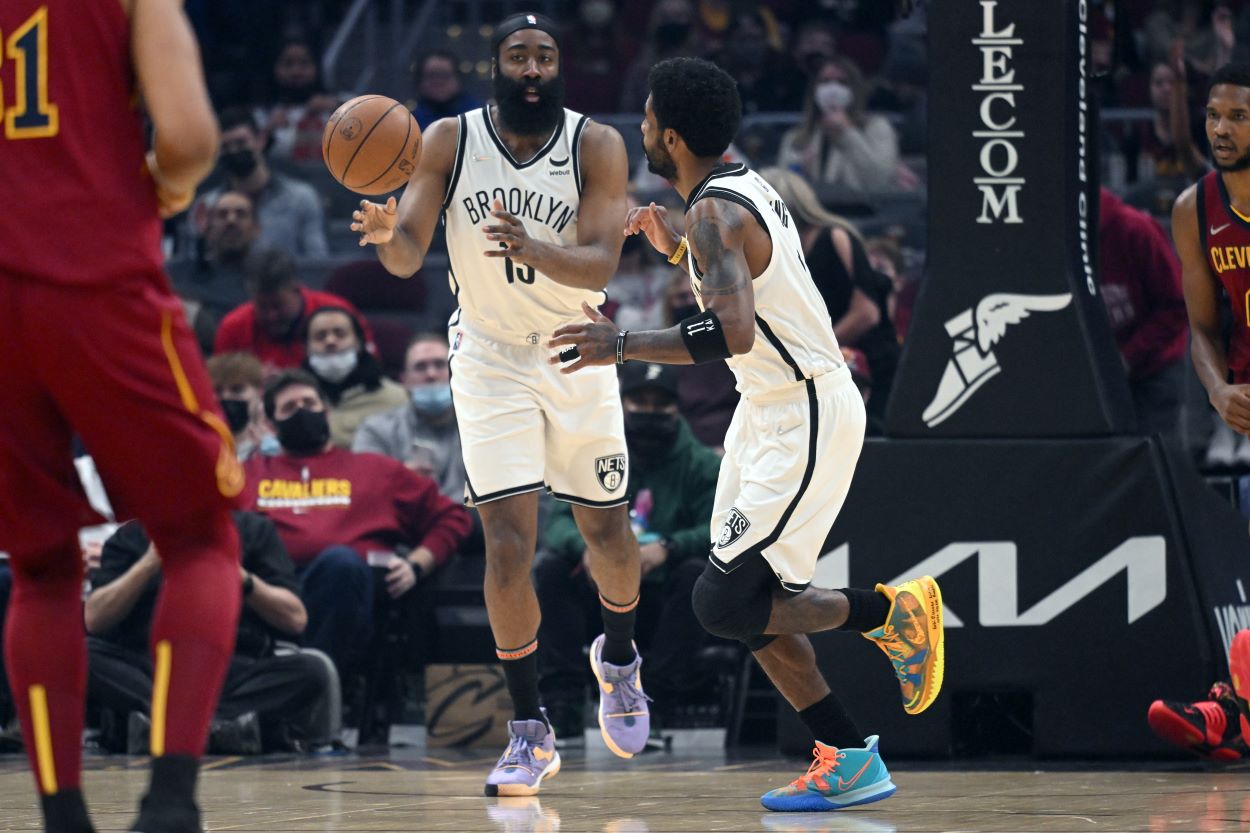 It’s begin to look more like Kyrie Irving won’t be a member of the Brooklyn Nets next season with each passing day.

Things between the two sides have been rocky at best of late. Now Irving has reportedly presented the team with a list of places he would prefer to go if they are to trade him.

ESPN Sources: If Kyrie Irving can’t reach an agreement to stay with Brooklyn, he has a list of teams he’d like them to consider on sign-and-trades, including Lakers, Clippers, Knicks, Heat, Mavs and 76ers. None of those teams have cap space to sign him without Nets’ help.

The New York Knicks, LA Lakers and LA Clippers are known suitors for Kyrie, but the new list provided by ESPN’s Adrian Wojnarowski. The new members of the list are the Miami Heat, Dallas Mavericks and, hilariously, the Philadelphia 76ers.

Though Wojnarowski does point out that Irving is not necessarily a priority for each team on the list.

A move to Philadelphia would be funny for a number of reasons, most notably because it would likely meaning teaming up again with James Harden. Though Harden and Kyrie have denied all rumors, a number of reports have said that Irving was a large reason for Harden seeking an exit from Brooklyn.

Now the two could be teammates once again, and NBA fans find the idea hilarious.

(A Kyrie-Harden reunion would be hilarious by the way)

Harden seeing the Sixers wanting to get Kyrie pic.twitter.com/WSHYPvAozI

The 76ers being on here despite James Harden running away from Kyrie 5 months ago is hilarious https://t.co/4NMMo7Ta7q

76ers is by FAR the funniest outcome here. We'd either get a Kyrie-Harden reunion or Kyrie convincing Daryl to divorce Harden. Either way we should all be rooting for this to happen. https://t.co/x1JA1lg4L5

James Harden seeing all the Brooklyn Nets drama, then seeing Kyrie pulling up to the 76ers facilities https://t.co/zHdJsvUYdO pic.twitter.com/XZXDBy4oRS