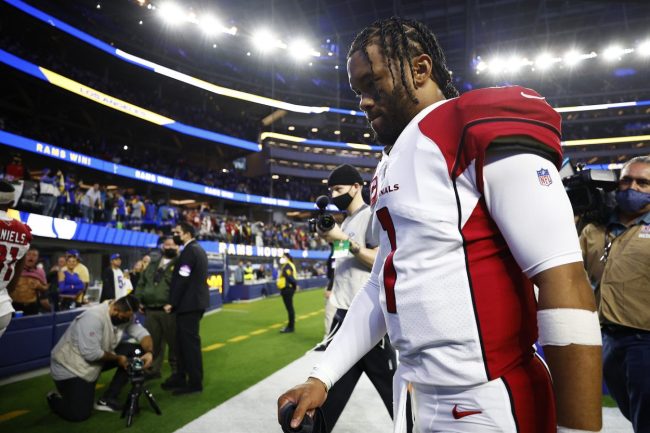 Every day seems to bring a new and different story for Arizona Cardinals star quarterback Kyler Murray. Murray began the offseason by holding out of the Cardinals’ organized team activities as he sought a new contract extension.

The holdout eventually worked. Murray agreed to a gargantuan five-year, $230.5 million deal that made him the league’s second-highest paid quarterback behind Green Bay Packers star Aaron Rodgers. Murray’s deal also made him more highly paid than the entirety of the Oakland Athletics’ roster.

But it came out shortly after that Murray’s deal came with a catch. Arizona reportedly included a clause in the contract that required Murray to commit to four hours of independent study each week during the season. The team would monitor that studying through a device provided by the Cardinals organization. That clause set the internet on fire and reportedly angered Arizona’s new franchise player. Murray took to the podium later that week to answer questions about the clause. He said that comments about his work ethic were disrespectful and “almost a joke.”

The backlash from fans, media and Murray himself led to the Cardinals removing the clause about independent study time. That appeared to be the end of Murray’s eventful offseason. But that all changed on Monday morning.

Arizona head coach Kliff Kingsbury announced that Murray missed practice Monday due to testing positive for COVID-19. Kingsbury didn’t say when Murray tested positive or how long they expect him to be out. But the setback is just another in a long line weird twists and turns for Murray and the Cardinals this offseason.

Here’s hoping the star signal caller isn’t affected too badly by the disease and can get back to making defenders sick thinking of ways to stop him.