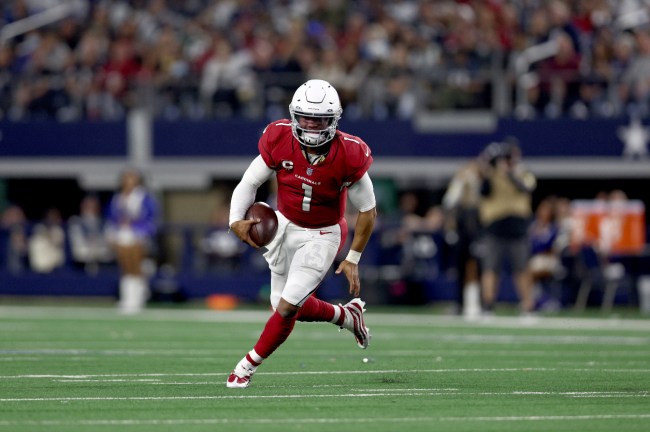 The Arizona Cardinals finally silenced all the rumors and drama and agreed to terms on a new deal for superstar quarterback Kyler Murray. It took a long time, and the endless rumors are finally over with.

Murray now becomes the second-highest-paid QB in the NFL and is tied to Arizona for a long time.

Murray is now the second highest-paid QB with an average at $46.1 million per year. pic.twitter.com/pOXNBp40Oe

That’s a ton of cash, and let’s not forget that the Oakland Athletics drafted Murray in the 2018 MLB Draft. Speaking of the Athletics, Murray’s new deal shows how little the Athletics are spending this season.

Just one year of Murray’s new contract is worth MORE than the ENTIRE Athletics payroll in 2022. Yes, this is a real thing.

Kyler Murray is set to make $46.1M a year with his new contract extension with the Arizona Cardinals.

The Oakland Athletics, the team who took Murray 9th overall in the 2018 MLB draft, have a payroll of $48.5M this season 😲 pic.twitter.com/OZvZnKYhu8

That is insane and shows two things: First, NFL contracts are absurd. Secondly, the Athletics are being extremely cheap this season.

Yet, in ONE year, Murray will make $46 million.

This isn’t the case for most MLB teams, and the Baltimore Orioles are the lowest in the league at $45,825,087. On the flip side, the Los Angeles Dodgers, New York Mets, and the New York Yankees are all north of $250 million.

Still, this shows how much Murray is earning and just how little the Athletics are paying their players.