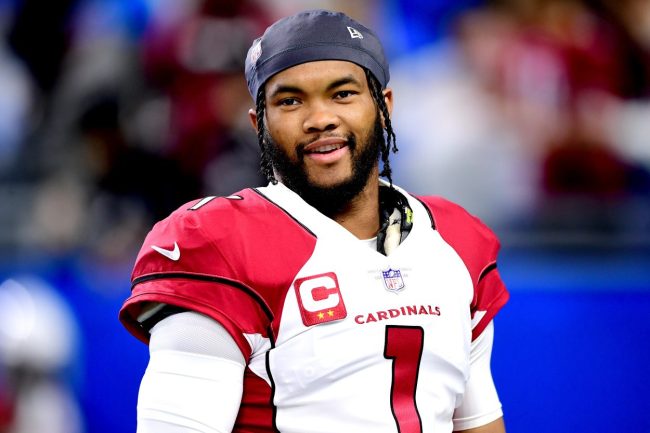 After holding out for OTAs and a very public dispute with the team over his contract status, Kyler Murray got paid in a huge way by the Arizona Cardinals.

Fans were already skeptical of Murray’s new deal before details even came out. What we learned quickly was that the new contract made him a very, very rich man. What we did not know, however, are some of the finer details.

Those came out Monday thanks to NFL Network’s Ian Rappaport. And they didn’t particularly flatter Murray or the Cardinals organization.

Contracts are about give-and-take. One example from #AZCardinals QB Kyler Murray’s $230.5M contract: There is an addendum that requires 4 hours of “independent study” per game week. It was important to the team making a commitment at that level, thus it was important to Murray. pic.twitter.com/VqrkvoBQLJ

Take, for instance, clause 36, subsection 1: “Player shall complete at least four (4) hours of Independent Study (as defined below) each week (excluding any bye week) during each playing season (as defined below) during the term of the contract.”

So Arizona needed to included a clause in the contract to ensure their franchise quarterback was watching game film each week? Not ideal.

And it doesn’t get better the farther down the clause you look.

Part three of the clause mentions that film for game study will be loaded on to a device provided by the team. It then appears that the Cardinals will monitor the device usage to ensure that Murray is studying for the entire four hours. The contract then includes specific language about Murray spurning film study for video games, television and browsing the internet.

That’s not want to here as an Arizona fan.

Football fans and media across the league had some thoughts about the contract language.

If you have to put a clause in to make sure your franchise QB properly prepares you probably shouldn’t guarantee him over $100M at signing. 🤷

“So, Kyler, did you watch the game film we loaded on your iPad?”

“See here’s the thing, Kyler—we didn’t load any game film. We loaded Season 3 of Stranger Things. Can you even tell me thing one about that douchebag Mike?”

If an NFL quarterback doesn’t spend at least 12 hours a week on his own (or as the Cardinals would say in “independent study”) then he simply isn’t doing the proper preparation for a game.

Never seen this in 30 years of looking at NFL contracts.
Strange they’ll give him $46 million a year (on extension years) yet worry about 4 hours a week of studying. https://t.co/Crxc3jaJrM

Kliff Kingsbury: Everyone good on the game plan this week?

Murray is undoubtedly a game-changing player when he’s at his best. But this contract has to make fans wonder if he can get the Cardinals over the hump.