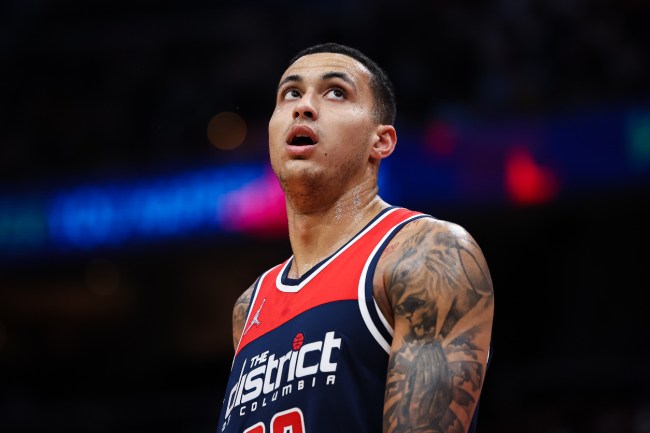 The NBA free agency period is almost here, and teams have already begun making trades. One team expected to be active is the Washington Wizards, and they made a trade on Wednesday morning with the Denver Nuggets. Here are the trade details:

Denver is nearing trading Monte Morris and Will Barton to Washington in deal for Kentavious Caldwell-Pope and Ish Smith, sources tell @TheAthletic @Stadium.

The trade has received mixed reviews from both teams, although Kentavious Caldwell-Pope was rumored to be traded away for some time now.

However, one unbelievable story has come true because of this trade, and it involves new Wizards teammates Kyle Kuzma and Monte Morris.

Kyle Kuzma took to Twitter and let everybody know how excited he is to finally be paired with Morris.

On the the other end! I get a brother back! Monte and I were in second grade together and at 8 years old we said we would play on the same NBA team together!🤯🤯🤯🤯 LIFE IS A SIMULATION

Sure, Caldwell-Pope and Kuzma have been teammates for a while, dating back to their days with the Los Angeles Lakers, but now he gets to be paired with Morris.

The two grew up together in Flint, Michigan, and a picture surfaced of them together.

💯💯💯💯💯 y’all don’t even know the half! This legendary from were we from #Flint https://t.co/moTeOSm42R

This has become an extraordinary moment for two childhood friends who get to play together in Washington.

However, there is one thing that might throw a wrench in it — the fact that Kuzma himself has reportedly been on the market.

Jake Fischer of Bleacher Report wrote this just before the Nuggets-Wizards trade went down:

So, that could change things. But, for now, Kuzma will enjoy being teammates with Morris.