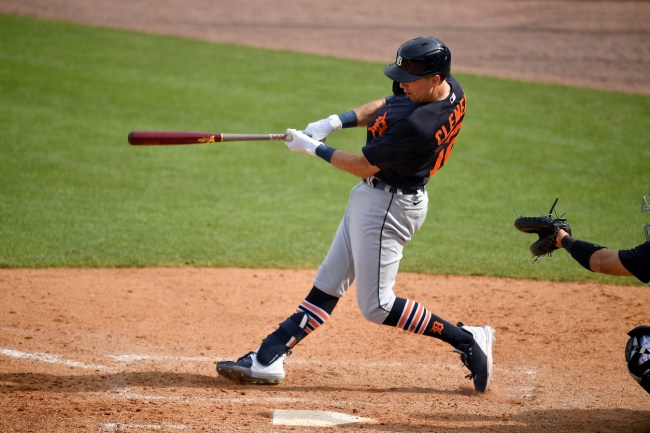 Being the son of a former Major League legend is no easy task. For Kody Clemens, he has been waiting patiently for a chance to play in the big leagues.

Clemens was the 79th selection in the 2018 MLB Draft after a stellar career for the Texas Longhorns, and everybody was wondering when he would get called up to the Tigers big-league club.

Well, here we are, and the way Clemens got the news is a once-in-a-lifetime story.

How Doers Get More Done is the Home Depot slogan — and Clemens might remember that for the rest of his life. After all, he probably never imagined pulling into a Home Depot parking lot and seeing his life change.

After Robbie Grossman headed to the Injured List, the Tigers needed a fill-in — and it was time for Clemens. How it happened was extremely bizarre, and Cody Stavenhagen of The Athletic detailed the crazy story.

And so it was at a home improvement store off Main Street in Bowling Green, Ohio, when Roger Clemens’ youngest son got the news he had been waiting so long to hear.

The whole situation is something we might never see again. Clemens was driving, received a call, and was told to turn around and head to the Home Depot parking lot. But, the Tigers staffer did not reveal why he needed to head there.

Nonetheless, Clemens did as instructed, and the Bowling Green Home Depot will be one of Clemens’ favorite places for the remainder of his life.