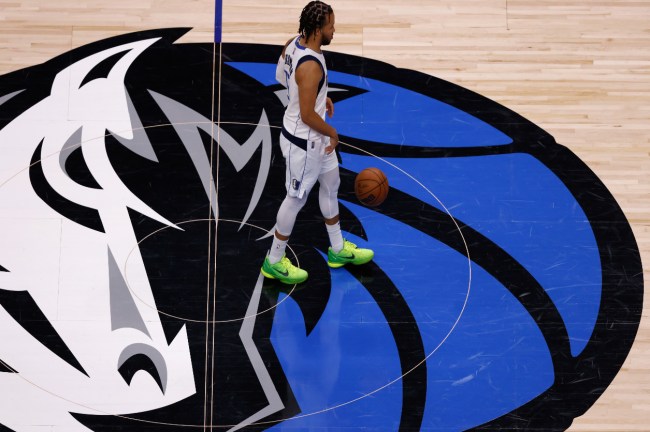 The New York Knicks confused everybody with another puzzling NBA Draft on Thursday. They traded away lottery picks, although they were able to get rid of Kemba Walker’s terrible contract in the process.

As part of the reaction, ESPN personality Stephen A. Smith was not thrilled, and that was a common reaction from Knicks fans everywhere.

Well, the Knicks must have a plan, and it looks like their main target is Dallas Mavericks guard Jalen Brunson.

The Knicks Are Ready To Throw The Bag At Jalen Brunson

There it is. Not Kyrie Irving, although the Knicks are one of the teams on Irving’s wishlist.

Marc Stein wrote in detail about the Knicks’ interest in Brunson and acknowledged they are ready to offer him a deal in the ballpark of four years and $100 million.

The Knicks are increasingly expected to assemble a four-year offer to Brunson valued in the $100 million range, sources said.

For what it’s worth, Stein mentioned that the Mavs were ready to offer Brunson a four-year deal worth around $88 million, so the Knicks offering him nine figures might push it over the edge.

The Knicks have something up their sleeves, they must. Why else would they essentially punt the 2022 NBA Draft? If Brunson is their target, and if this is the offer, the Knicks are surely putting a lot of trust into somebody who has yet to be named to an All-Star team.

Then again, it’s the Knicks.