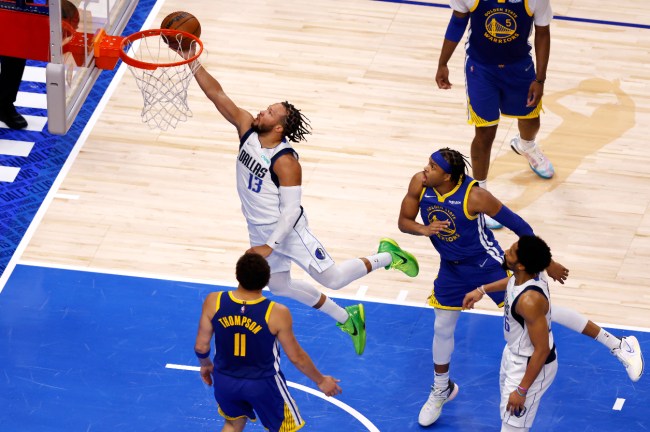 For weeks, all the talks were that Brunson was headed to the Knicks on a considerable offer, which happened just as we expected.

Sure, it wasn’t Donovan Mitchell as some fans were hoping for, but Brunson is a solid player and has a chance to blossom into an All-Star with a starting role in New York.

Brunson is wasting no time getting the fans excited, either. He suited up at the Rumph Classic in Philadelphia, a charity event at La Salle University.

Well, Brunson caught fire on Thursday night and dropped 28 points with a bunch of eye-popping plays.

Brunson had his full arsenal on display: Driving, cutting, shooting, a step back, you name it.

The Knicks fans noticed this too and got even more excited at their new starting guard.

Welcome to the knicks my boyyyy

My team, nyk stand up

Jalen Brunson is coming off the best year of his NBA career. He finished averaging 16.3 points with 4.8 assists in 79 games for the Mavs — all of which were career-highs.

If this is a sign of things to come, New York might look slightly different once the 2022-2023 season tips off.