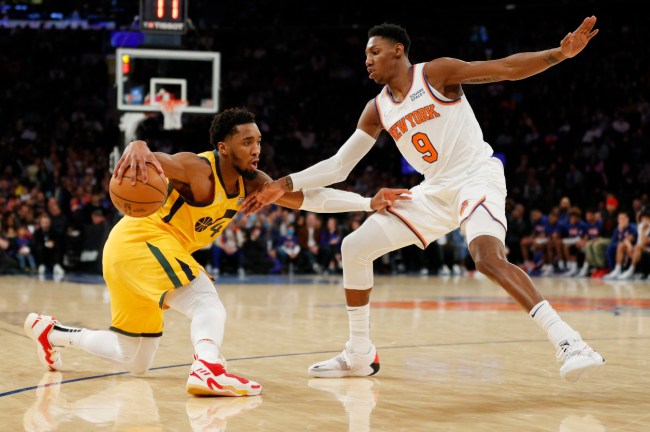 For some reason, the NBA offseason has frozen all over. A Kevin Durant trade is nowhere to be found. Kyrie Irving’s name hasn’t been mentioned lately.

Russell Westbrook is still a member of the Los Angeles Lakers. With August almost here, the trade season has died out quickly.

Utah Jazz guard Donovan Mitchell was another big-ticket name likely on the move, and teams were inquiring about him at all costs. The New York Knicks were the most likely landing spot, and their desire to acquire Mitchell is no secret by any means.

However, Shams Charania of The Athletic gave an unfortunate update on the Mitchell front, and Knicks fans might not want to get their hopes up at all.

Shams Charania: "There hasn't been contact between the Knicks & Jazz in the last 2 weeks regarding Donovan Mitchell"pic.twitter.com/8QwacEI8kc

So, talks between the Jazz and Knicks are nonexistent for the time being.

As such, the Jazz are looking to talk to other interested teams and see what they can get for Mitchell. The Jazz already traded away Rudy Gobert for a massive haul, so the rebuild is on in Utah.

With all of the buzz regarding Donovan Mitchell and the Knicks, that dream looks to be over for now. Of course, anything could change, but no talks between the two sides is not a good sign whatsoever.