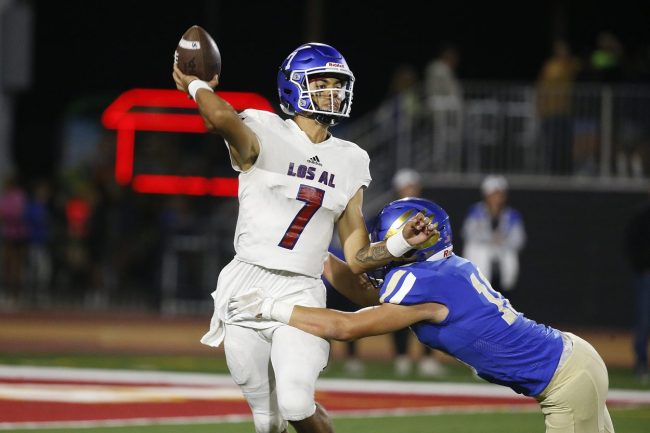 Rich Paul is a very busy man these days.

Paul and his agency, Klutch Sports, recently landed LeBron a massive new extension for LeBron James. The deal will keep James with the Los Angeles Lakers for at least two more seasons. Now Klutch is making even more history.

But that’s when things get interesting.

Nelson was long believed to be a Oklahoma Sooners lean before Riley left the Sooners for the Trojans. Shortly thereafter he committed to USC and has since been the face of what 247Sports calls the No. 13 class in the nation for 2023.

But National Signing Day is not until December and the introduction of NIL has made college football recruiting crazier than ever before. Nelson shocked the college football world recently when he was seen taking a visit to Texas A&M. The Aggies and Jimbo Fisher are the poster boys for using NIL to land star recruits, even if Fisher denies the role it played in the program’s historic 2022 class.

Some USC fans already believe that the superstar quarterback is out the door and bound for College Station.

An extremely reliable source has disclosed to MBG that Malachi Nelson will commit to #TexasAM where he was offered a $15 million NIL deal. #GigEm pic.twitter.com/aPc1nMp8qp

Paul and Klutch are one of the most-recognized and powerful agencies in all of sports. Nelson signing with them won’t do anything to quell speculation around his recruitment.

The Big Ten just put the SEC and the rest of the country on notice. https://t.co/17U54Stq7Q

One thing is certain, whoever lands the star quarterback will likely end up paying a pretty penny to do so.