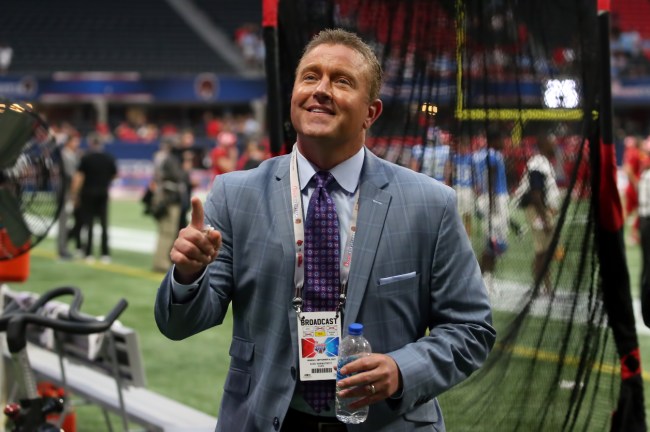 The Texas Longhorns are back!

On Thursday, it became official: Five-star Class of 2023 quarterback Arch Manning is headed to play football for Texas and fans are thrilled.

Could this be the turnaround the program has been waiting for? That is the hope. Oh, and Texas also has Quinn Ewers at quarterback after he transferred from Ohio State, so there are a lot of things to like about the direction of the Longhorns program.

However, not everybody is on board with Texas just yet.

Things have not gone well in Austin as of late, and head coach Steve Sarkisian is likely on his last chance or two before the program goes in a different direction once again.

While the commitment of Manning is a massive addition, college football analyst Kirk Herbstreit isn’t sold just yet (h/t Nick Schultz of ON3).

“This is a big day to celebrate. I’m not one of these to say anybody’s ‘back.’ Texas is not ‘back’ right now. I think their real fans would tell you that. But this is definitely a step in the right direction.”

Nonetheless, as Herbstreit says, this IS a step in the right direction, although Texas now faces even more pressure than it already had, and it begins this year.

Is this the beginning of a resurgence in Texas Longhorns football? Only time will tell.