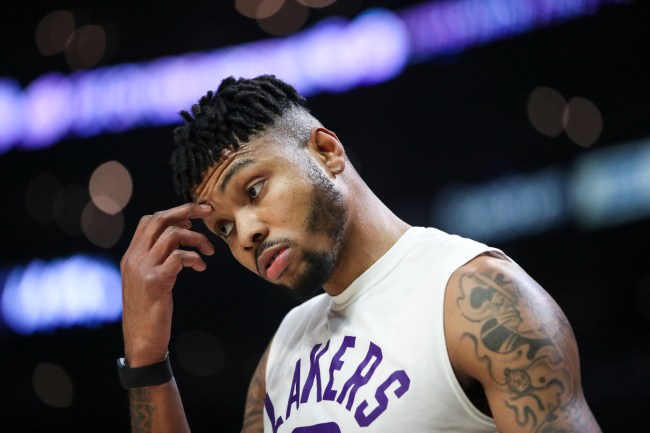 The Golden State Warriors clinched the Western Conference crown with a Game 5 victory over the Dallas Mavericks and are headed back to the NBA Finals. Stephen Curry and company are looking for another NBA title, and things are going well in the Bay Area. However, former Warriors guard Kent Bazemore wasn’t too thrilled about Golden State advancing.

Instead of enjoyment for his former teammates, it was a moment full of regret.

Congrats to my homies…….

Instead of playing in the NBA Finals, Bazemore decided to join the Los Angeles Lakers, and, well, things didn’t work out as he had planned.

During free agency last year, Bazemore decided to not re-sign with the Warriors and instead headed to Southern California to team up with LeBron James and Anthony Davis.

What was his main reason for joining the Lakers?

Bazemore turned down more money and years (two) from the Warriors, sources say, but believes he will have a bigger role and opportunity to win a championship with the Lakers. Bazemore is betting on himself. https://t.co/rw1VyXMN9c

Looking back on it, that was the wrong decision all around by Bazemore. He played in just 39 games for the Lakers, averaging 3.4 points with 1.8 rebounds as LA finished just 33-49 and missed the playoffs.

Moreover, he turned down more money from the Warriors, and after signing a one-year deal with the Lakers, Bazemore is once again headed for free agency.

Perhaps the Warriors call Bazemore again, but having to watch his former teammates in the Finals has to be a bittersweet moment.