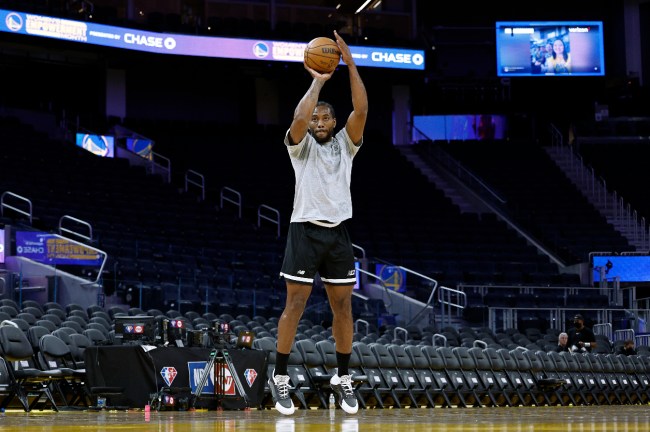 It has been way too long since Los Angeles Clippers star Kawhi Leonard has taken the court. One of the best players in the NBA when healthy, Leonard has been working his way back for a long time.

Well, he was seen taking some practice shots in an offseason workout, which is certainly an encouraging sign (h/t Tomer Azarly of ClutchPoints).

That is definitely a step in the right direction for Leonard.

Unfortunately, Leonard’s practice regime — at least from this clip — was not encouraging. He missed some easy shots, and NBA fans were quick to notice that.

His shot looks different in a bad way.

However, others were ecstatic to see Leonard on the court — especially Clippers fans.

Calling it now a healthy Clips vs healthy Warriors in WCF……attrition is huge tho https://t.co/b1obt2kHO5

We winning the chip, end of story https://t.co/3HrTXI76DG

Keep in mind that this was only 14 seconds of footage from Leonard’s recent workout at UCSD, so surely he did better during the remaining portion.

Nonetheless, Leonard taking shots on a basketball court is terrific news for the Clippers — and the NBA in general — and we will see if he can be ready to go by the 2022-2023 season opener.