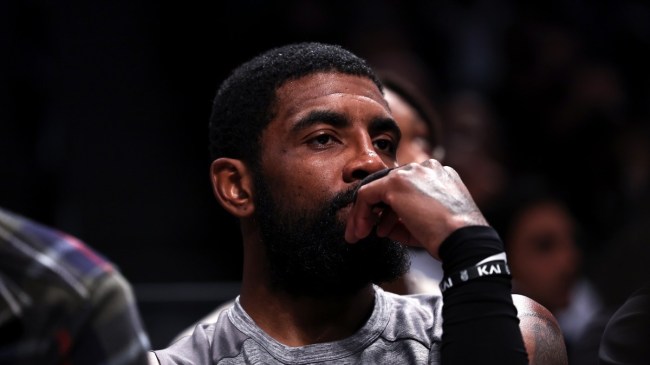 If you’ve been living under a rock, it’s been quite the last few weeks for Kyrie Irving and Kanye West. Both of them have been in the news for all of the wrong reasons. A report recently alleged that Kanye West paid an employee to not talk about him talking about Adolf Hitler. That’s not all from Kanye. There are too many wild stories to count, but he recently said antisemitic comments like this or this, or this. He was dropped by Adidas and stormed into the Sketchers Headquarters, and that’s like the 4th craziest thing he’s done this fall.

Kyrie hasn’t been much saner. the Brooklyn Nets point guard has not been on his best behavior either. He talked about an antisemitic film among other things. He then doubled down on it, and accused a journalist of “dehumanizing him” by asking him about it. He is going to give money to charity in an attempt to make up for it, but I don’t think it’s going to work out well for him. And, Kanye is not helping his cause.

Kanye loves to stir the pot, apparently. And, he did just that when he posted a picture of Kyrie Irving just before 2AM.

It was West’s first tweet since he was reinstated on the social media site last week. Twitter was bought by billionaire Elon Musk last week as well, but Musk says he had nothing to do with the reinstatement of the account and it happened before he was on board.

This is not good for Kyrie! One of the last people you want to be associated with right now in American society is Kanye West.

The point guard is turning into an absolute public relations nightmare for the Brookyln Nets. Who could’ve predicted that Ben Simmons and Kyrie Irving on the same basketball team could have negative consequences? Everyone, of course.