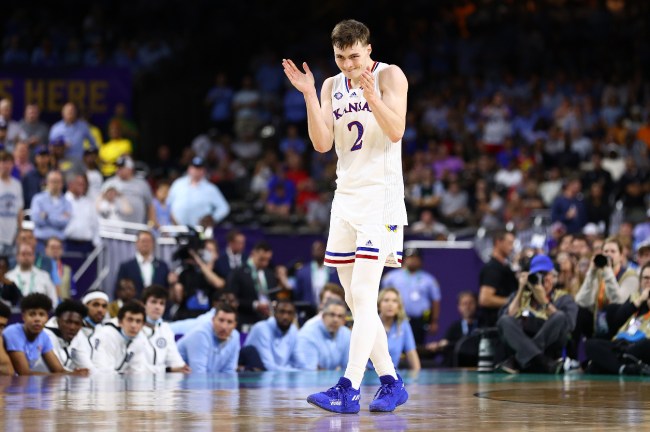 The NBA Draft is right around the corner and the Combine is underway. As such, players have been doing interviews with teams and putting their skills to the test. Kansas guard Christian Braun revealed an abnormal test that one team asked him to do.

In an article by Mike Vorkunov of The Athletic, Braun admitted to doing a staring contest multiple times with one NBA team: “That was like one of the more unique things that somebody’s done,” Braun said. “And I thought it was really cool, because they’re trying to see your competitive nature and if you want to win.”

By the third attempt, Braun finally caught on and realized why it was being done.

The staring contest for the Kansas guard is another example of an odd NBA Combine test.

This isn’t anything new. Well, maybe the staring contest is. However, teams in the NBA and NFL asked players interesting questions during the interview process to see how they reacted to situations.

Some teams ask players to watch film, draw up plays, discuss their college or high school experience, test their knowledge, and do other things of that nature.

But, as Braun mentions, the staring contest was different and unique and tested his competitiveness. Perhaps this unknown NBA team is on to something.

Every year, teams and executives get more creative — or more random. The staring contest is definitely both unique and unexpected.