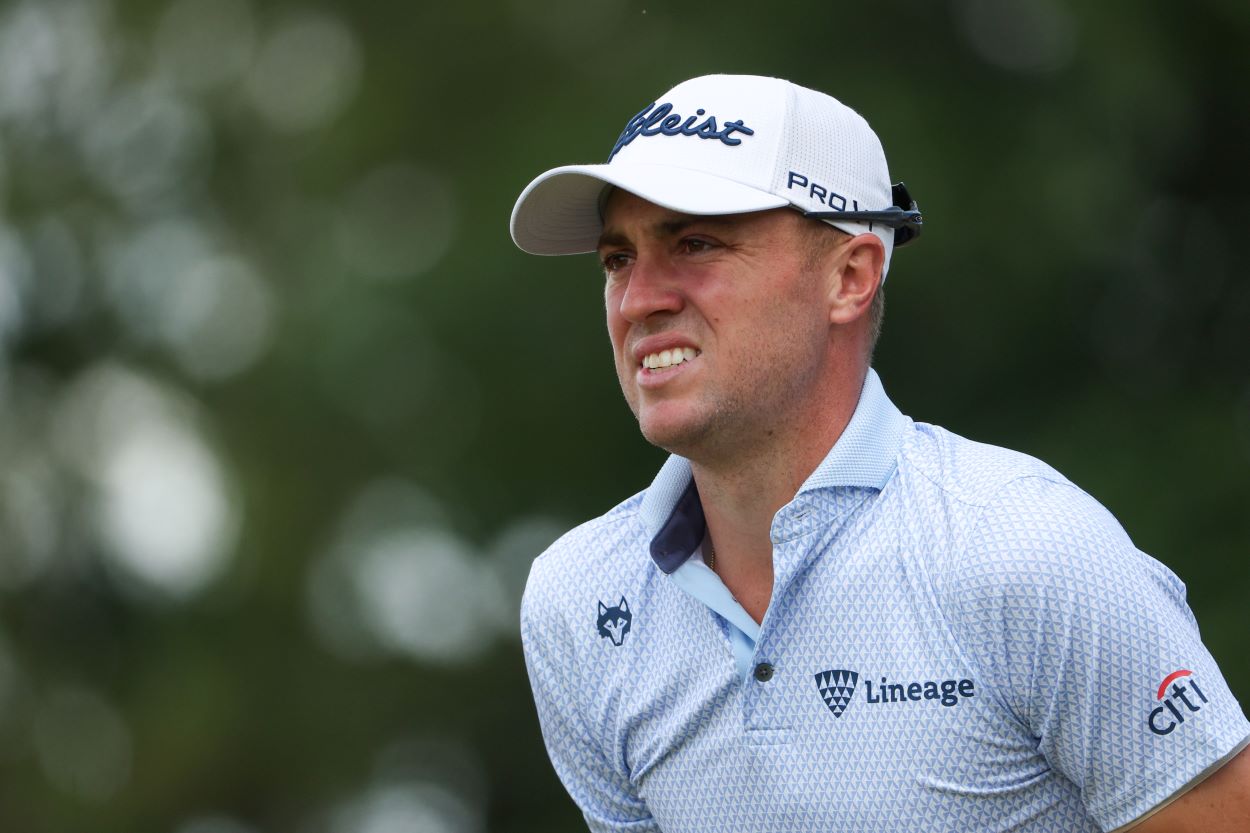 The US Open isn’t going exactly how Justin Thomas planned.

After winning the PGA Championship just last month, Thomas began the weekend one over par and six shots back of the lead in at The Country Club in Brookline (MA).

Things didn’t get any easier for Thomas to start his third round, either.

Thomas started his day quietly enough, recording pars on the first three holes he played. On the fourth hole, he hit a perfect drive down the fairway and appeared in good position for his first birdie of the day. Instead, his drive settled next to drain in the middle of the fairway that caused an awkward swing for his second shot.

The golf superstar approached a rules official to alert them of his situation and seek relief from the man-made structure. Instead, the rules official determined the drain didn’t affect Thomas’ swing and that he must play the ball as it lie.

The resulting swing was a disaster, as Thomas flared his second shot wide right of the green and went on to make bogey. He had some choice words about the ruling as well.

Justin Thomas didn't get relief from this drain — then was NOT happy after chunking his iron shot.

"That’s what pisses me off, because so many other people would lie about being able to hit that, but it’s just like, I’m not going to hit it. That’s bullshit, man." pic.twitter.com/RUA9QzAvY5

Thomas was made to hit the ball as it lie in part because he told the official he probably would not hit the drain. He likely would have received a drop have he said the ball was in his swing path.

That appears to be the crux of his complaint, and many golf fans agreed.

First instinct — I think he has a point? Once you take a divot, there's probably drain under there

Should have said it will interfere with my stance.

Ridiculous – drain is not only impacting how he sees the ball but the area around the drain is certainly softer than in other parts of fairway. https://t.co/ObWZCnK29r

It impacted his stance. You could see his front foot not completely on ground. The drain itself wasn’t the problem but the slope to the drain (from the drain being there) was. The footing was not secure because of it. A little off balance and chunk. Relief should have been given https://t.co/Gtr64MGet9

Thomas made another bogey two holes later at the sixth. He currently sits at three over, eight shots back of leaders Joel Dahmen and Colin Morikawa.