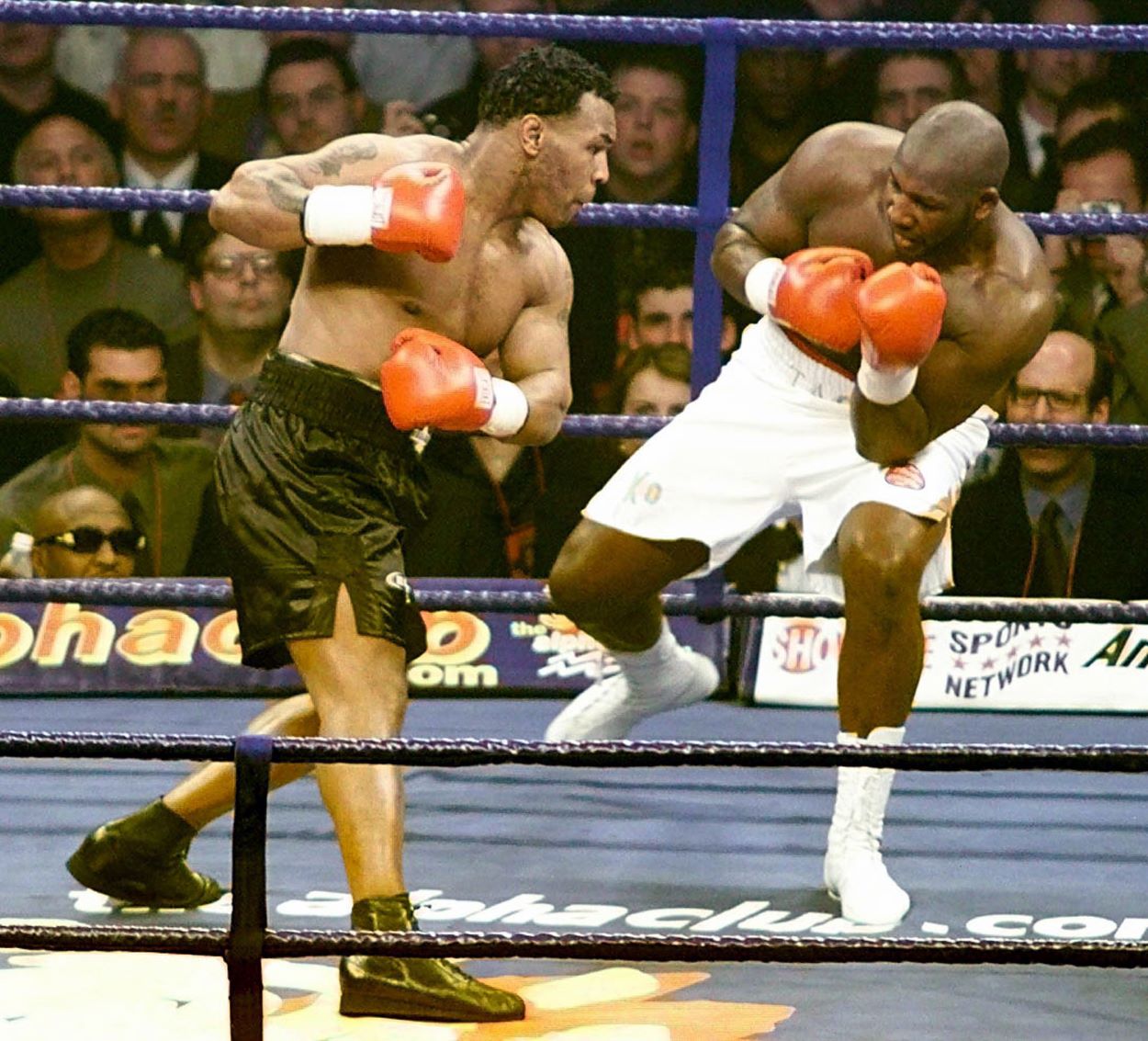 For those not familiar with the British boxer, he’s a former British Heavyweight Champion that has stepped into the ring with some of the best heavyweights in history. Francis has packed arenas for fights against superstars such as Mike Tyson and Vitali Klitschko.

It’s safe to say that Francis knows how to handle himself in a fight.

Following his career in the ring, Francis transitioned into a career as a security guard. He’s now employed by a restaurant, bar and event venue in London called BOXPARK.

An overeager visitor to the venue decided he would put Francis’ fighting ability to the test on Monday. It did not end well for said visitor.

Let’s do a quick breakdown here.

It appears that the gentleman in the blue durag is attempting to square up with another group of men inside the venue. He’s repeatedly asked to leave and is slowly ushered out to the exit. The man could have escaped the situation with his pride (and probably his face) intact if he had walked away there. Instead, he turns to Francis, who is one of the largest human beings I have ever seen, and raises his fist at him.

Francis throws a lightning-quick right hook that immediately floors the man. He then walks away calmly as the man’s friends tend to him and politely ask Francis him why he felt the need to show off his skills.

The Founder and CEO of BOXPARK has since put out a statement backing up Francis’ actions.

BOXPARK founder/CEO Roger Wade has put out a statement on the Julius Francis incident: "I stand with Julius." pic.twitter.com/mXgzvGsmmG

Maybe grab some ice too on the way home, fellas.