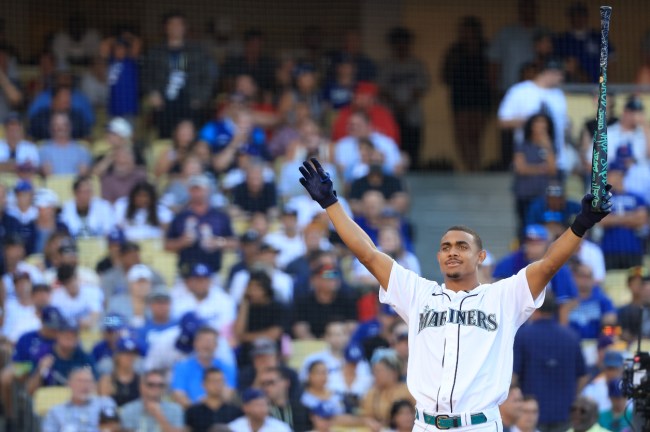 Seattle Mariners’ young star Julio Rodriguez has enjoyed a marvelous rookie campaign. He has done everything, from fielding to hitting and earned honors for the American League All-Star team.

Rodriguez also decided to participate in the Home Run Derby in a loaded field, which included Pete Alonso, Juan Soto, and Albert Pujols, to name a few.

The event took place on Monday evening at Dodger Stadium, and Washington Nationals star Juan Soto — who might be headed out soon — took home the crown.

However, Rodriguez enjoyed a marvelous evening and hit a Derby-leading 91 home runs.

Even though he hit the most on the night, Soto took home the crown — sparking another conversation about how the Home Run Derby rules should change.

That wasn’t the only exciting thing for Rodriguez. He actually earned more money on the night than he will in the ENTIRE 2022 season. Yes, really.

Seattle #Mariners rookie Julio Rodriguez earned more money ($750,000) by finishing runner-up in the Home Run Derby tonight that he will his entire salary this year ($700,000).#Nats OF Juan Soto, who's earning $17.1 million, gets a $1 million bonus as winner of the HR Derby.

Rodriguez is earning only $700,000 for this season, which is nothing for an MLB player. With his second-place finish at the Home Run Derby, he will take home three-quarters of a million.

It has been a remarkable season for Rodriguez, and the Mariners have been scorching hot as of late. They have rattled off 14 straight victories heading into the break, and Rodriguez is a huge part of the success.

So, in one night, Rodriguez hit 91 home runs and earned more money than he would all season.