Julio Rodriguez Keeps Getting Compared To Ken Griffey Jr. And The Mariners Legend Wants It To Stop 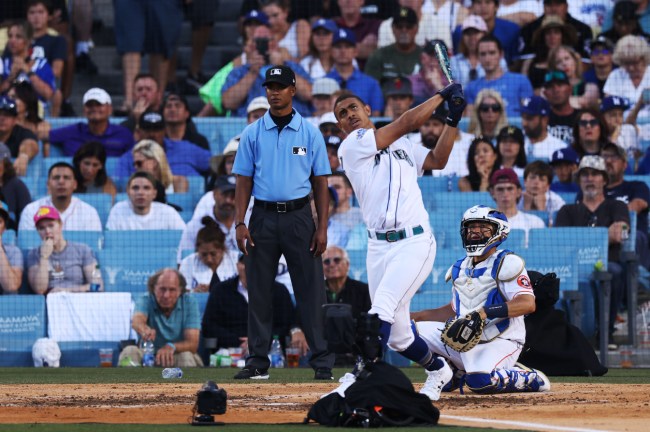 Rodriguez has drawn some comparisons to Griffey through half a season in the MLB. Now, anytime you’re compared to a former superstar, especially the way Griffey exploded in Seattle, that’s a good sign.

However, Griffey is tired of Rodriguez being compared to him and got honest about it (h/t Sam Blum of The Athletic).

“Quit comparing him to me. Let that man create his own path.”

Rodriguez definitely is creating his own path. The Home Run Derby was a first-hand look. He mashed 91 home runs to finish in second place (although he hit more on the evening than anybody else). He also earned more money that night than he will in the entire season.

Rodriguez is hitting .275 with 16 home runs, 52 RBIs, and 21 stolen bases at the All-Star break and earned honors for the American League All-Star team. Oh, and the Mariners have won 14 straight games.

Rodriguez is undoubtedly creating his path, and Griffey also wasn’t surprised at his performance at the Derby.

“It ain’t a coming out. For the last two months, you’ve been watching him play. It’s not like he just showed up at the All-Star Game.”

If you’ve seen the Mariners play, you know the name of Julio Rodriguez. He is another young, budding superstar in the MLB.