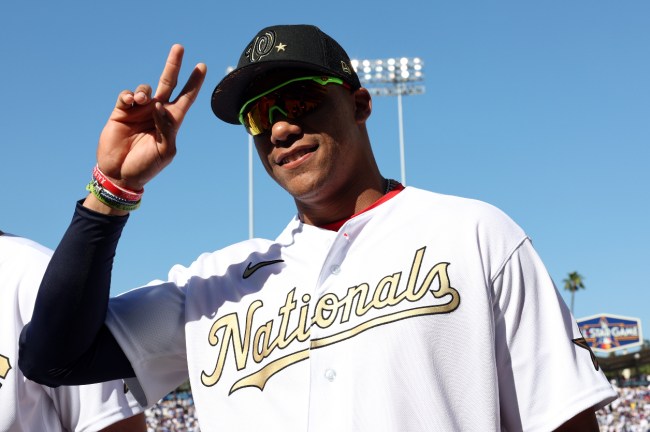 The Washington Nationals won’t have Juan Soto in their dugout for much longer. The star outfielder turned down a $440 million extension, then made Nationals fans even sadder by winning the Home Run Derby.

Soto is the biggest trade target in recent memory, and many teams across the MLB should be interested in him.

The biggest question is this: Who will win the Juan Soto Sweepstakes?

As of now, nobody knows, but there are a ton of teams expressing interest in Soto, according to Bob Nightengale of USA Today.

Any of these teams adding Soto this season would instantly boost their playoff and World Series hopes. When we go one by one, it is unreal picturing a lineup ADDING Soto.

For example, the Yankees would have Giancarlo Stanton, Aaron Judge, and Soto. The Padres would have Manny Machado, Fernando Tatis Jr. (when he returns, and Soto.

The Dodgers would have Mookie Betts, Freddie Freeman, and Soto — not to mention Trea Turner and the rest of that loaded LA lineup. The Mariners would form a Ty France, Julio Rodriguez, and Juan Soto trio.

The list continues, and all of these teams have already expressed interest in Soto.

Who will walk away with Soto? Only time will tell, but things will run wild for the next couple of weeks.