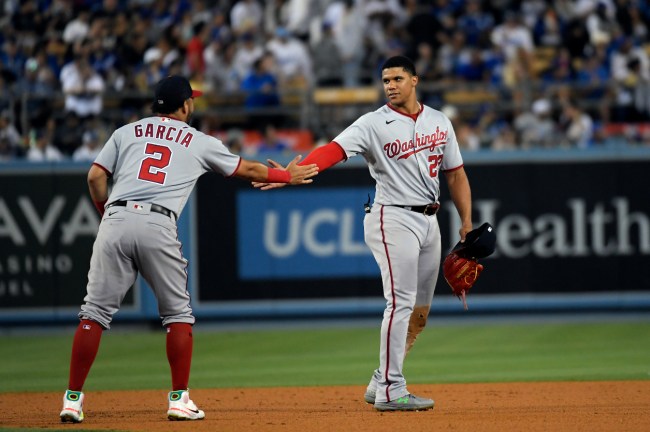 With the MLB Trade Deadline right around the corner, all eyes are on Washington Nationals superstar Juan Soto. After turning down a lucrative deal, the Nationals seem inclined to trade him away at some point.

A flurry of teams have expressed interest, and the San Diego Padres and Los Angeles Dodgers appear to be the frontrunners for the young sensation.

According to Tom Verducci of Sports Illustrated, two new teams have surfaced: The Tampa Bay Rays and the Cleveland Guardians.

Every team with the hope of winning the World Series in this three-year window must be in on Soto—including the Guardians and Rays. Cleveland and Tampa Bay? Yes. The pool is that deep.

Soto has two years left after this season, so it isn’t a one-year rental. But, giving up the farm for Soto would likely mean that team wants to sign him long-term, which is precisely why the Padres and Dodgers are in front of the pack.

But, as Verducci stated, every team will World Series hopes should inquire about Soto. How often do generational talents become available at the trade deadline?

The answer: Not very often. With that in mind, many teams should call the Nationals before the trade deadline, and Juan Soto could be wearing another MLB jersey soon.