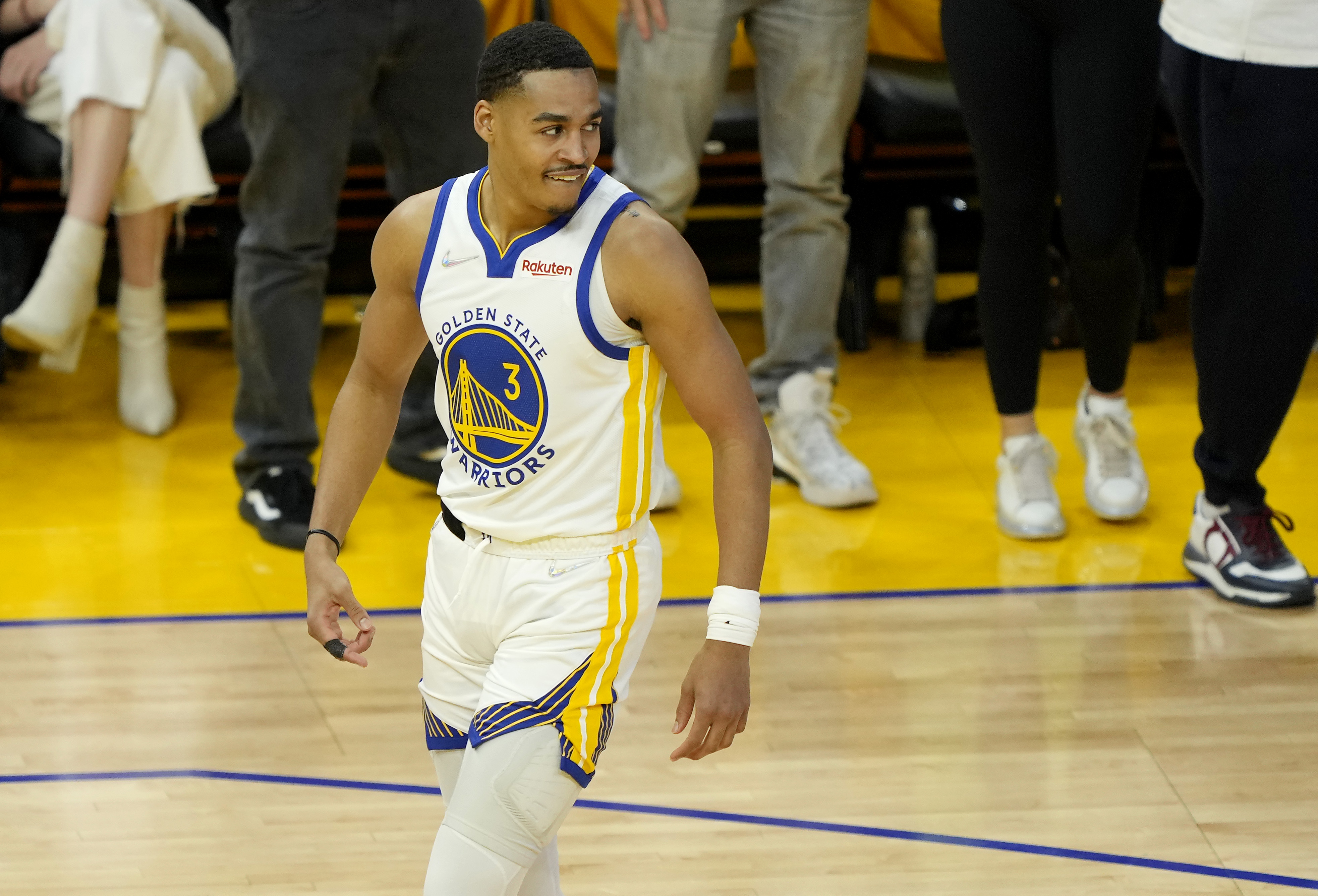 Where would the Golden State Warriors be if it weren’t for the play of Jordan Poole?

The third-year guard out of Michigan has had a huge season in 2021-22 and was voted the league’s fourth-most-improved player.

Poole averaged career highs points, assists and rebounds per game this swason while shooting 36.4 percent from beyond the arc, the best of his career.

And his strong play didn’t stop when the playoffs started.

Poole has been a huge part of Golden State’s resurgence as one of the best teams in the league. He was arguably the Warriors’ best player in Game 2, where they blew out the Celtics, 107-88, to even the series at a game apiece. Poole may have even had some extra motivation.

Now the series is down its final three games and Poole is up to his old tricks. For the second time in the series, Poole hit a deeeeep trifecta to end the third quarter and cap a pivotal Golden State run. This time it gave the Dubs a 75-74 lead.

Jordan Poole at the buzzer

Fans are starting to take note of the Golden State guard’s love for the big moment.

Where were you when a Jordan Poole half court shot killed our championship hopes? I was crying in the shower

Poole’s buzzer beaters will be ones to remember if Golden State goes on to win the series.