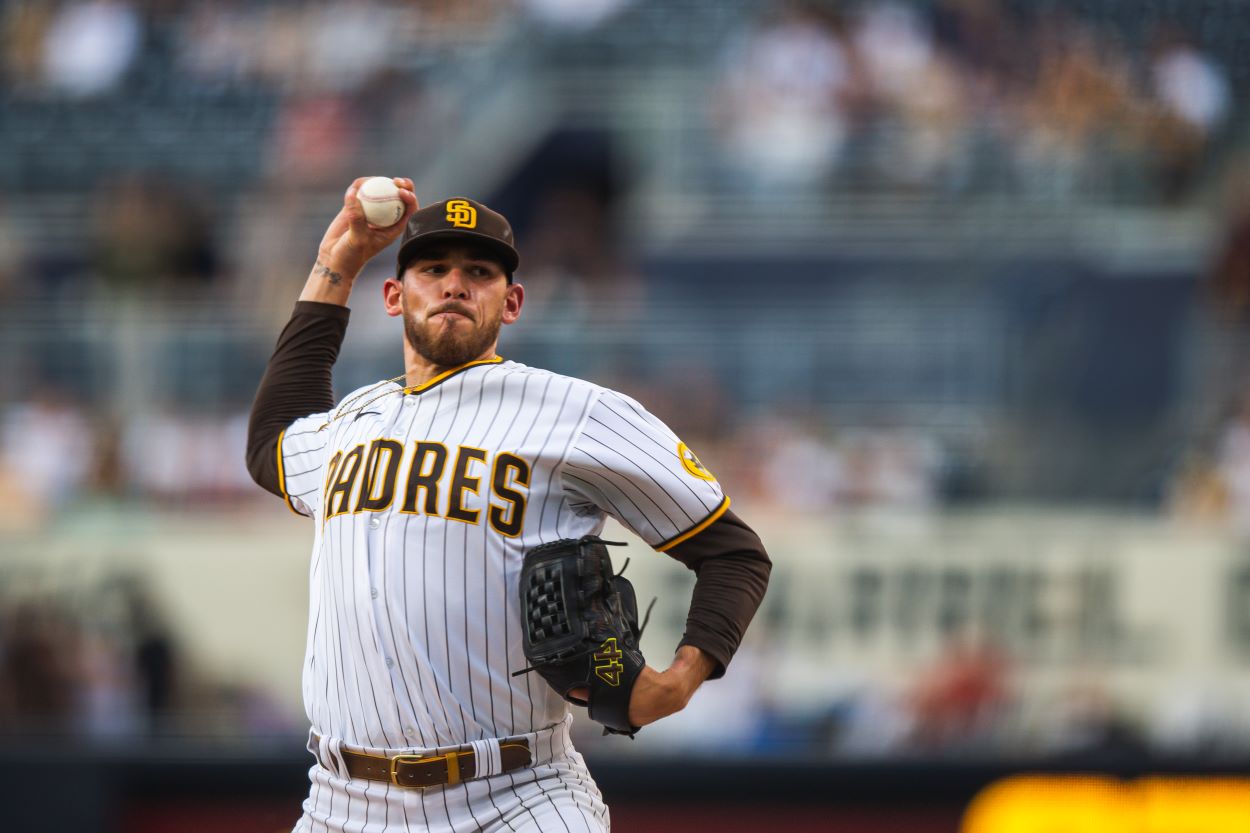 San Diego Padres’ starter Joe Musgrove is having the best season of his career so far.

Musgrove threw six shutout innings in a victory over the Colorado Rockies on Friday night. The showing lowered his ERA to a scant 1.50, best in the major leagues. He’s still yet to lose in 11 starts thus far.

But Musgrove drew attention for another reason on Friday night at Petco Park.

He and Colorado Rockies’ starter Chad Kuhl both played together on the Pittsburgh Pirates in 2018 and 2020. The two have apparently remained friendly and struck up a min-game of sorts during Friday’s showdown.

Musgrove took the mound first and drew a tic-tac-toe board with his cleat.

As the home pitcher, Musgrove was first to take the mound and first to make a move. He drew an X in the lower left corner. Kuhl then responded by putting an O in the center spot, a veteran move.

Listen, Musgrove’s going to get all the praise for his outstanding pitching. But this sort of tic-tac-toe strategy makes you really question whether the guy have what it takes in a big moment.

Joe Musgrove going bottom left and then middle right is insane. Dude might be the worst tic-tac-toe player alive. pic.twitter.com/HKidBdPR2y

I’m glad Musgrove went off (fantasy) because this tic tac toe strategy is horrific. If you start bottom left and he goes middle you gotta play trap game and go top right. https://t.co/4ESh38gbpn

Everybody knows the best play when you have the first move in tic-tac-toe is to work the corners and gives yourself options. Apparently Joe Musgrove isn’t included in that everybody. Just baffling behavior from the San Diego ace.