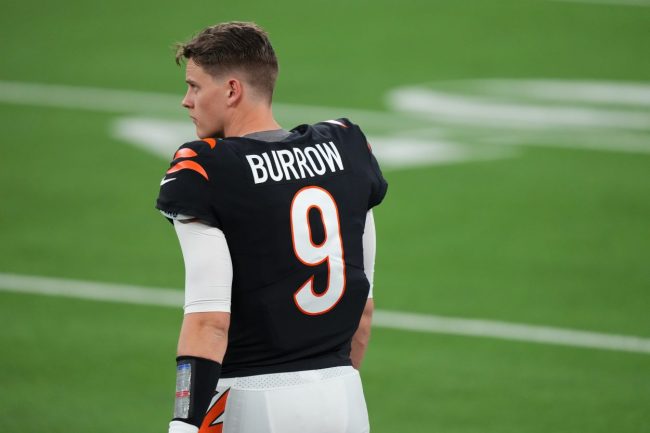 Joe Burrow and the Cincinnati Bengals look like Super Bowl contenders for years to come after making a surprise run to the big game last season.

But Cincy’s defense of the AFC crown has already hit a snag, and now it looks as if their problems may be even worse than initially feared.

Burrow underwent surprise surgery to remove his appendix in mid-July. The procedure was minor, but Bengals fans still rushed to wish their star signal caller a quick recovery. Cincy head coach Zac Taylor initially told media members that Burrow was day-to-day following the procedure. And Burrow was quickly back at Bengals practice, although he was unable to actually partake in any of the physical aspects.

As it turns out, Burrow may now miss much more time than Taylor led on.

RT Someone Need To This
Follow @NFLonCBSSports For Next Update #nflstreams

Burrow’s father, Jimmy, recently made an appearance on the “In the Trenches” podcast hosted by Bengals radio analyst Dave Lapham where he said that it might be “a few weeks” before his son was able to return to the field.

“It set him back,” the elder Burrow said. “But he seems to be getting better every day, and hopefully, here in a few weeks we’ll be back out on the field.”

Yikes, Pittsburgh Steelers fans might want to look away. https://t.co/pQmqgjVq2w

The Bengals begin preseason play Friday against the Arizona Cardinals. They’ll open their official campaign at home on Sept. 11 against the rival Pittsburgh Steelers.