DraftKings Tried To Come For J.J. Watt On Twitter, But He Was Ready And Fired Back With Savage Response 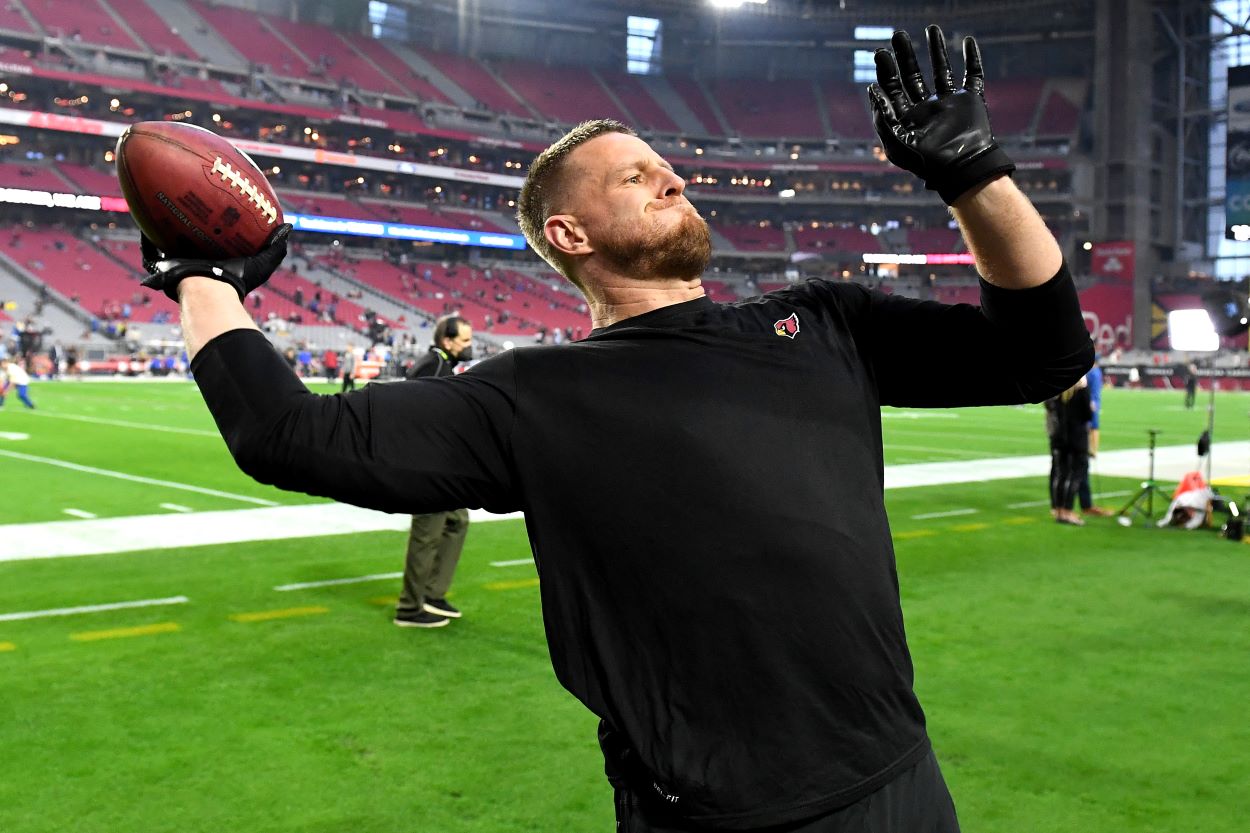 JJ Watt is not here for your silly games.

The three-time NFL Defensive Player of the Year and future NFL Hall of Fame lock is used to joking around on Twitter. Just the other day he made fun of younger brother TJ for losing a game of pickleball to a random mom in Pittsburgh.

Watt was active on his social media account against on Wednesday. He posted a picture of himself chucking a pass downfield at Cardinals minicamp. The caption for the picture read “F***it,’ Hop down there somewhere,” referring to Pro Bowl wide receiver teammate DeAndre Hopkins.

“F*** it, Hop down there somewhere” pic.twitter.com/gpG6sW1TvC

The social media manager for DraftKings decided that he (or she) would have a bit of fun with Watt. They quote tweeted the picture and said simply, “Intercepted.”

Now I don’t know if Watt has a deep hatred of DraftKings. Maybe somebody from FanDuel is paying him off. Or maybe he’s just having a rough day. But Watt decided to absolutely destroy DraftKings with a clapback. He quote tweeted the DraftKings tweet saying “you might want to think about intercepting some profits sometime soon…” with a picture of the company’s rapidly declining stock value over the past year.

you might want to think about intercepting some profits sometime soon… https://t.co/HiGkq6A1X0 pic.twitter.com/N68BXLZe8u

Things are bad enough for DraftKings if it stopped there. Instead, Twitter absolutely ran with it, boosting Watt’s boost and laughing at the sport gambling company.

DraftKings may have just been ended… https://t.co/hyG4alboX8

The legend @JJWatt woke up and chose violence. Good on him for clapping back. https://t.co/lTkakqAdwp

The poor DraftKings employee was just looking to have some harmless fun and this is where it got them.

BAH GAWD THAT BETTING SITE HAS A FAMILY https://t.co/PrXEbMQYHM

I would truly hate to see JJ go to jail for murder, but it would hard not to convict with that sort of evidence.