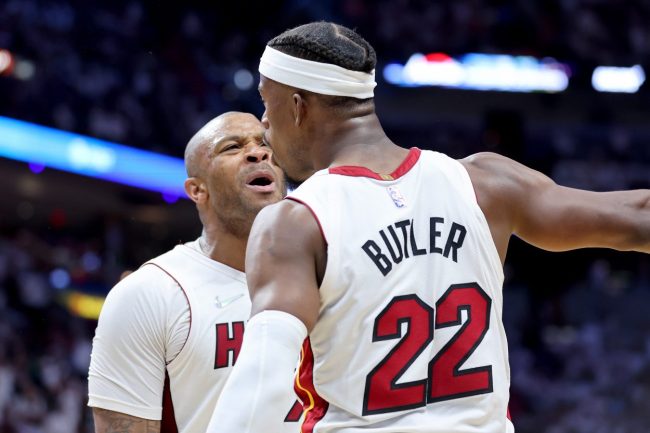 Jimmy Butler is one of the strongest personalities in the NBA.

That’s probably putting it light. Butler is never afraid to speak his mind. Nor is former teammate PJ Tucker. And the two had an interesting exchange on Wednesday.

Rather than stay in Miami, Tucker secured a huge deal in free agency to sign with the Philadelphia 76ers for three years and $33 million. Tucker posted a message on Instagram thanking the Heat organization and fans. Butler, however, had some choice words.

Now, it’s very possible Butler is joking here. He and Tucker had a pretty good relationship in Miami and Butler also mentioned Joel Embiid, with whom he’s friendly. But it’s Jimmy Butler, so it’s also very possible that he’s unhappy with Tucker’s exit and isn’t afraid to show it.

Fans were enjoying the reply either way.

Butler and the Heat will take on the Sixers at least three times in 2022-23. Fans will undoubtedly be excited to see how he and Tucker interact the first time the two teams meet, especially with both considered championship contenders.