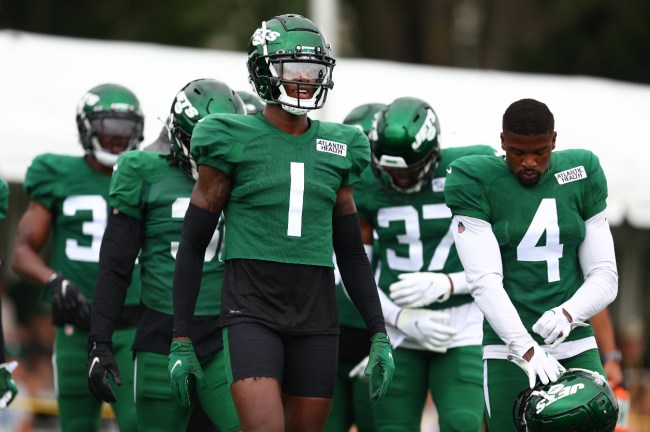 The New York Jets selected Cincinnati Bearcats star cornerback Ahmad ‘Sauce’ Gardner in the first round of the 2022 NFL Draft.

Gardner has made quite a name for himself so far, and now he has ventured into a new partnership. Gardner and Buffalo Wild Wings dropped a video on Monday morning announcing a special edition new flavor of sauce, called The Sauce Sauce.

As rosters got trimmed down, teams began to make tough decisions. But, Gardner was named a starting cornerback by Jets head coach Robert Saleh, so it has been a terrific couple of days for Gardner.

Front Office Sports reported that Gardner will be signing autographs at Buffalo Wild Wings to promote the new sauce flavor. Oh, and he will autograph items WITH the sauce. Yes, really.

This week, Ahmad 'Sauce' Gardner will hold a "Signed with Sauce" event in New Jersey — where he will autograph items with sauce.

The NFL season is right around the corner (it starts a week from Thursday) and this is quite the partnership. His nickname is Sauce, so why not give him his own sauce?

The flavor is supposed to be a smokey, sweet and spicy BBQ sauce. First, Gardner will ink autographs, then we will see if the sauce is a popular flavor. For Jets fans, they might have no choice but to give it a shot.