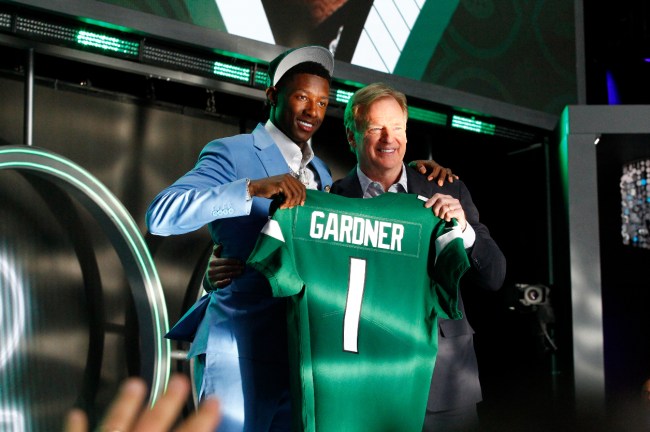 The New York Jets have a ton of young faces on their roster after a couple of years with a ton of draft picks. In the 2022 NFL Draft, the Jets selected cornerback Ahmad “Sauce” Gardner with the fourth overall pick out of the University of Cincinnati.

Gardner has a ton of talent and is ready to give the Jets’ defense a makeover.

After a stellar career with the Bearcats, Gardner really wanted to hang on to that #1 jersey in the NFL. The problem is, DJ Reed held the #1 jersey for the Jets.

It turns out that Sauce Gardner really wanted that #1 jersey. In fact, he paid a nice chunk of change to his teammate to secure it.

‘Sauce’ Gardner will officially wear No. 1 this season. He had to purchase it from Jets CB D.J. Reed.

Others had said that Gardner paid $250,000 for the jersey switch, but even Sauce himself said it isn’t worth that much.

Numbers mean a lot to athletes, and after such a strong career rocking #1 with the Bearcats, it makes sense why Gardner wanted to rock that digit in the new chapter of his life.

Let’s see if Gardner’s college success can translate to the NFL. After all, the Jets desperately need some help on the defensive end.