The Jets Are Officially Going For it After Their Blockbuster Trade 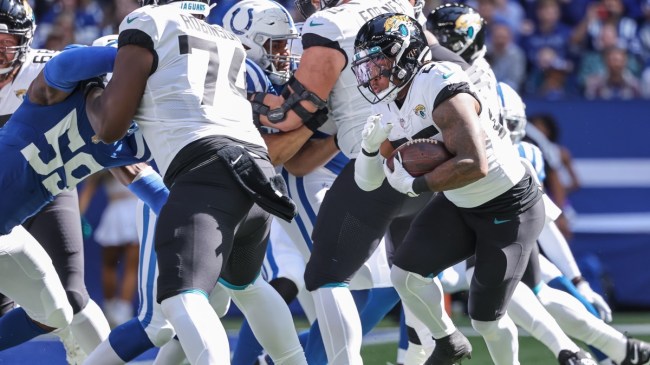 The New York Jets have been one of the surprise teams of the NFL season. They sit at 5-2 and have reeled off four wins in a row behind stellar defense and a good running game highlighted by rookie Breece Hall.

But, Breece Hall tore his acl on Sunday in the Jets’ 16-9 win over the Broncos, and they need help at running back to keep the dominant ground game going. On Monday, they found their answer.

The Jets acquired Running Back James Robinson From the Jaguars

On Monday, news broke of a trade involving the Jets and Jaguars.

Later on, we found out what the compensation would be.

Comp update: Jets are trading a 6th-round pick that could become a 5th to Jacksonville for RB James Robinson, per source.

That’s impressive value for Robinson. Through 32 career games, he’s already had 2177 rushing yards and he’s averaging an impressive 4.5 yards per carry for his career. He rushed for over 1000 yards as a rookie in 2020, and over 700 last year, despite battling injuries. This year, he has shared time with Travis Etienne, but still has 340 yards and 3 touchdowns, with an average of 4.2 yards per carry.

And, fantasy owners have reason to be happy, too.

Everyone who has James Robinson in fantasy pic.twitter.com/Vvdbvb28Ar

It’s good for Etienne owners, too.

The Jets host the Patriots on Sunday.