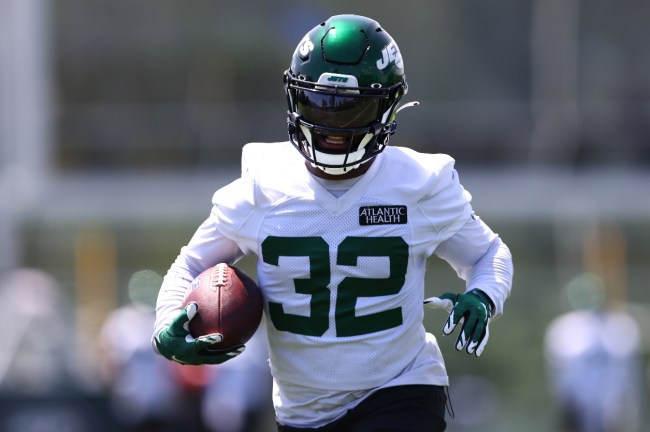 The New York Jets are most likely going to begin the 2022 season without starting quarterback Zach Wilson. It is beginning to look more and more like Joe Flacco will start against his former team, the Baltimore Ravens.

Nonetheless, there is a ton of excitement around the Jets organization. Elijah Moore broke out last season and is set to be the top pass-catcher on offense. Ohio State rookie Garrett Wilson should be a joy to watch, and the 1-2 running back punch of Michael Carter and Breece Hall is exciting.

However, a recent report has Jets fans a bit concerned about the usage of Hall, the rookie running back out of Iowa State. Here’s the report from Rich Cimini of ESPN:

Cimini mentioned that Carter is “still RB1” for the Jets. Now, a lot can change before the regular season begins, but at this point, it is surely a strong indication that Carter just might lead the backfield.

Thank you for contributing to a further decline in Breece Hall’s ADP. I will donate to a charity in your name with my league winnings with Hall as my fifth round pick.

I like Breece Hall and he undeniably has sky high upside … but Michael Carter goes too late for a player that could have standalone value and RB1 upside should anything happen to Hall https://t.co/Ia1Vu1xKDA

Breece Hall flashed his talent at practice recently with a long touchdown. Still, it looks like Carter is the lead horse for the time being.

Despite all of that, at least the Jets have two talented players worthy of being a starter.