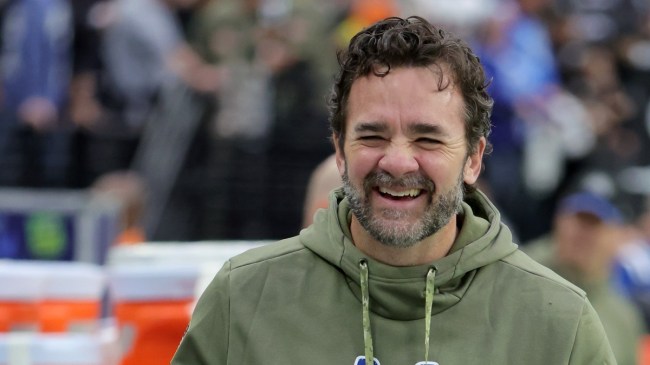 Much of the attention of the NFL world was focused on Indianapolis this week. After firing Frank Reich, the team had to hire an interim coach. There were plenty of options, including former NFL head coach Gus Bradley already on the staff. But, they instead made a controversial choice, and hired former All-Pro center and team legend Jeff Saturday as coach. Saturday had no NFL coaching experience and his only coaching experience was a mediocre stint as a high school head coach in Georgia.

The criticism poured in almost immediately. . Most thought it was insulting to the coaching profession for him to be hired over people who have dedicated their adult life to coaching football at a high level. And, on the CBS pregame show, Hall Of Fame Coach Bill Cowher spoke out about Saturday.

"For an owner to hire a coach who has never been an assistant at the college level or the pro level…its a disgrace to the coaching profession." – Bill Cowher on Jeff Saturday 👀 pic.twitter.com/lpbwqyXPS9

But, the new coach and his Colts had the last laugh.

The Colts won Saturday’s debut over the Raiders 25-20

Behind a sensational performance from Jonathan Taylor, Indianapolis got back into the win column, and improved to 4-5-1. Taylor had 22 carries for 147 yards and a touchdown in probably his best outing of the year so far.

It was a statement win for the team and their new head coach after facing questions all week.

It’s even funnier considering this tweet from Saturday earlier in the season.

Jeff Saturday becomes first coach since at least 1950 to tweet that a team looks horrible, and then beat them within the next two weeks, after never having coached at the college or pro level before. pic.twitter.com/UcqXWvZqma

Here’s Saturday after the game.


Dan Orlovsky from the top rope.

The Colts’ season is very much still in play, and they will look to upset the Eagles next week.