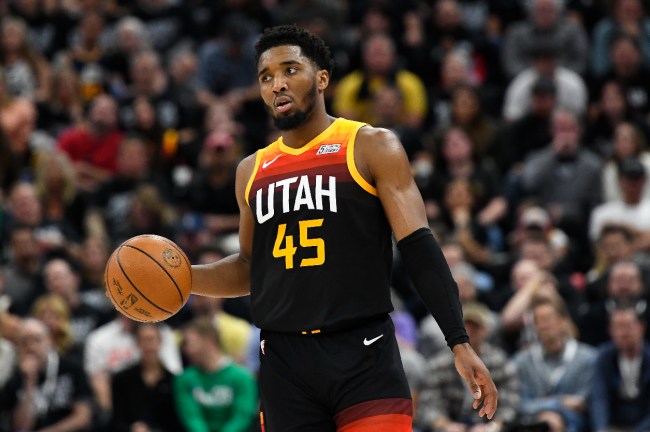 The rumors will circulate for months regarding many NBA stars, including Utah Jazz guard Donovan Mitchell.

The former Louisville star might be headed out of Utah sooner than later, and for years the New York Knicks have been a top option for Mitchell. Well, let those rumors kick off again.

On Thursday, Mitchell was seen at Citi Field taking batting practice with the Mets. Should we say more?

.@spidadmitchell taking BP at Citi Field today. (Francisco Lindor hooked him up with a pair of batting gloves after this round.) pic.twitter.com/tjLZUeCoHN

Of course, Mitchell would need to be traded from the Jazz, and Rudy Gobert is another Jazz player reportedly on the market.

Donovan Mitchell In New York Has NBA Fans Up In Arms

Obviously, Mitchell just started a whole bunch of speculation, and Knicks fans were quick to notice him taking part in Mets BP.

I don’t even pay close attention to basketball, but this guy so desperately wants to play for the #Knicks. https://t.co/jB1akz46Cn

Donovan Mitchell is a mets fan. he loves NY. Spida to the knicks confirmed https://t.co/rJCl4pArXR

This summer will be interesting in the NBA circles, and the Knicks should be one team desperate for a blockbuster move following a disappointing 2021-2022 campaign.

Could Mitchell be playing home games at Madison Square Garden next season? Who knows, but at the very least, these sweet hacks are surely going to kick the speculation into high gear.