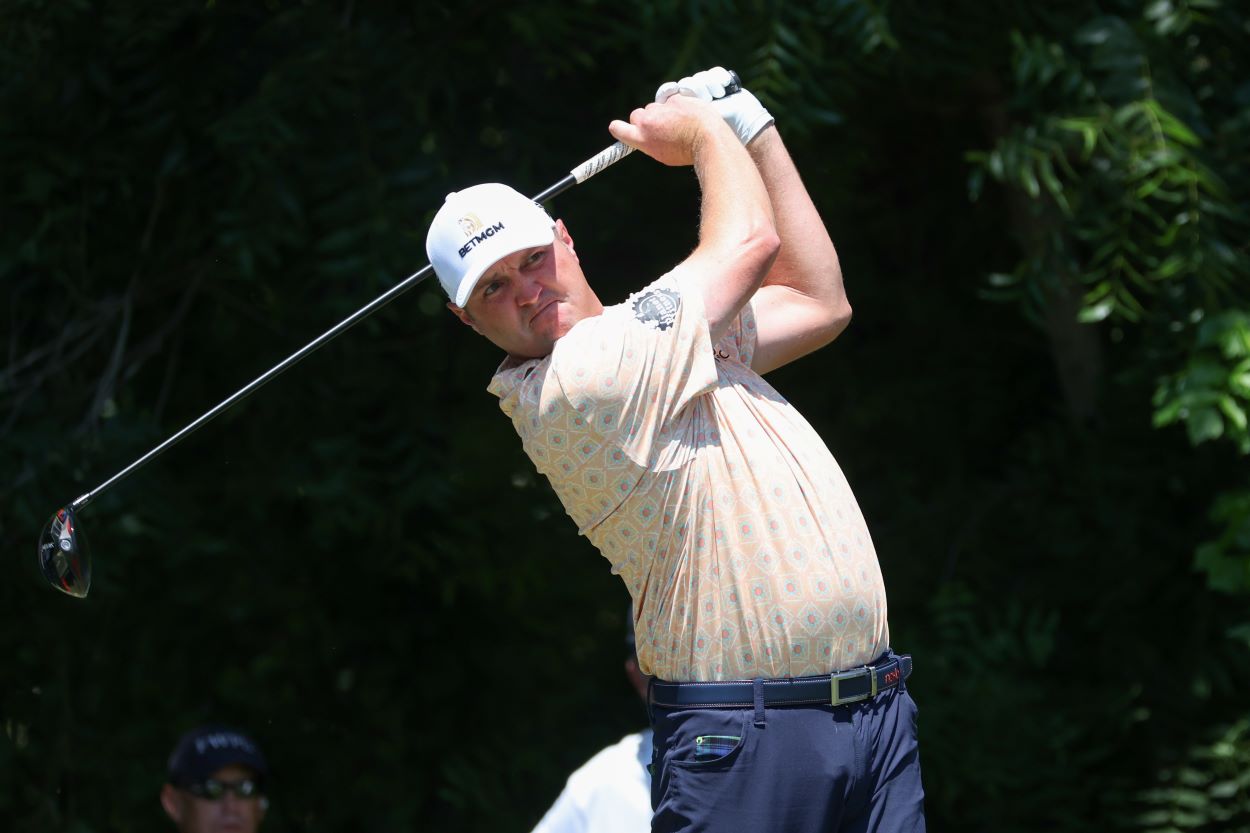 Anybody who have ever played a round golf knows what it feels like when things aren’t going your way.

Sometimes you just want to chuck your clubs into the nearest water hazard and leave.

Except, not all of us play on the PGA Tour. Which brings us to the story of Jason Kokrak on Friday. Kokrak, who has been linked with the Saudi-backed LIV Golf Series, was having a rough go of things in the second round of the PGA Tour Travelers Championship. The veteran Tour member was sitting at +1, well outside the cut line, walking down the fairway of the ninth hole, his final hole of the day.

He then mishit his second shot on the hole some 40 yards over the green and onto the road behind the hole. Apparently enough was enough. Because rather than finish out, Kokrak left the course, never finished his round, and was disqualified for not submitting a scorecard.

Jason Kokrak was disqualified from the Travelers Championship after failing to record a score on his final hole (No. 9) in the second round and subsequently failing to return a scorecard.

We get it, Jason.

What makes the move even more incredible is Kokrak’s links to LIV. Normally, he’d face some sort of fine or suspension from the PGA Tour. But does he know he’s not coming back?

At 37 years old, even a two or three year stint on the very, very profitable upstart tour could be enough for Kokrak. Golf fans all seemed to have the same thought.

rage quit to LIV. what a world https://t.co/xr9WwCMXq4

He must think scorecards are optional at LIV events. https://t.co/DwrHmqRWJQ

Oh God tell me he actually scooped it and ran off to LIV https://t.co/M6yETzZlTJ

Absolutely buzzing on this #Kokrak news. A true walk-off! pic.twitter.com/HROLP7Vcvl