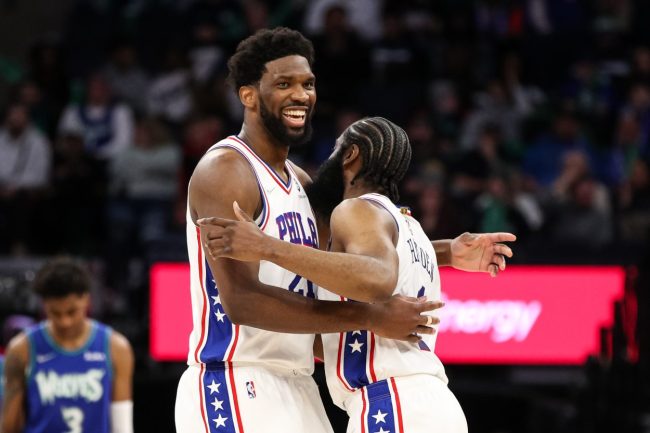 The 10-time NBA All-Star and 2018 NBA MVP is re-signING with the Philadelphia 76ers according to reports on Friday. But it isn’t the deal that many expected.

Sources: James Harden is taking a $15 million paycut for next season that allowed Philadelphia to elevate roster — with sole focus on a championship run in 2023. Harden opted out of his $47M player option and now plans to sign a new two-year deal with a player option in Year 2.

After Harden stunned the basketball world by opting out of the final year of his max contract, many assumed that he would just head right back to the Philadelphia 76ers on a reworked long-term deal. While Harden was reportedly set to take a pay cut, nobody could’ve imagined just how large that cut would be.

Harden’s new two-year deal, which features a player option for the final year, comes in at $32 million in 2022-23, a gigantic $15 difference from what he would’ve made by opting in.

Instead, the new deal allowed Philadelphia and General Manager David Morey to add a number of Harden’s ex-Houston Rocket teammates. PJ Tucker was the marquee signing, but Philly also added Danuel House and tried to add Eric Gordon as well. That last deal may yet still happen.

Updated cap sheet for the Sixers, using an estimate of Harden's contract based on this report.https://t.co/rpnBtQ6iTc https://t.co/jQvR4u6V7A

Honestly this is a pretty wild paycut for Harden to take. I thought it would take a long-term (4+ year) guarantee (that I'd be completely uncomfortable with) to get this much flexibility in year 1.

(and if this is a "wink wink nod nod we'll give you that ridic contract next summer just help us now" I reserve the right to criticize that new contract next season).

Philadelphia fans, who had largely been up and down on Harden after his first half season with the teams, are over the moon with the new contract news. As well as the news that Harden is all-in on getting in shape and winning a championship.

Everyone around Harden has understood the focus on his workout regimen this offseason and a championship goal for 2022-23. His close relationships with those around the organization, including Michael Rubin and Daryl Morey, played a major role in trust between the two sides. https://t.co/q1eDY9xrDy

Why are these GIFs coming when I type GOAT in the search bar? https://t.co/ARcFuvh1sP pic.twitter.com/5nziKiCxI1

Others theorized that Harden may be making the money up on the back end via Fanatics owner, former Sixers owner, and noted NBA groupie Michael Rubin.

"Close relationships" means he's getting paid under the table…..I respect it https://t.co/rQK0pL6Zhv

“When there's something going down that's massive, I'll stop what I'm doing to help,” Rubin said. “That's who I am.”https://t.co/t9yEd1YneB https://t.co/IYUO53QUvf

Translation: Michael Rubin will cover it on the backend. Don’t be shocked to see Harden as a Fanatics sponsor moving forward and possibly appear in a few commercials. https://t.co/QDkw0ra2lP

Either way, the Sixers are looking like a force to be reckoned with next season.