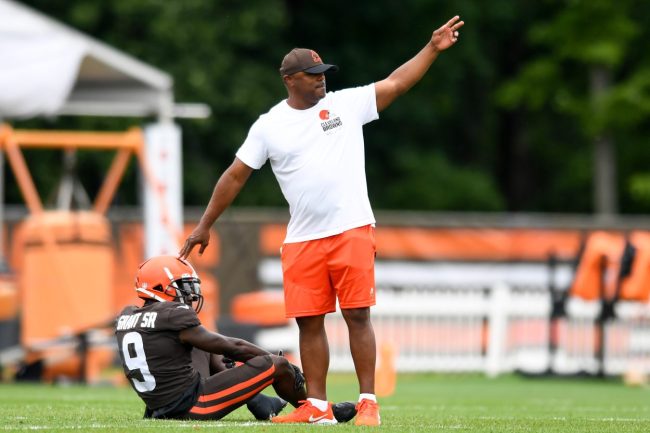 Cleveland signed Grant, who made the Pro Bowl as a return man for the Chicago Bears last season, to a three-year deal in the offseason worth $10 million. But early indication in Browns training camp were that Grant’s value could far exceed that deal. The 5-foot-6 Texas Tech product was lighting things up in training camp and looked as if he’d start the season as Cleveland’s No. 3 wide receiver.

Sources: #Browns All-Pro returner and receiver Jakeem Grant is feared to have torn his Achilles in practice today. He’ll have tests to confirm, but would be an incredibly unfortunate reality.

Grant dropped to the ground with an injury during the Browns’ practice on Tuesday. And ESPN’s Jake Trotter is reporting that the Browns fear that he suffered a torn achilles. If the team’s suspicions are confirmed, the injury would likely keep Grant out for the entirety of the 2022 NFL season.

— Days Until the Browns Win the SuperBowl (@DaysBrowns) August 9, 2022

Imagine Cleveland after sucking for long having all of the hope after the 2020-2021 season. GOOD! LORD! https://t.co/6v9OAPTkpi

“I really feel awful for Jakeem,” he said. “We’ve witnessed how hard the young man has worked since he got to our team. We all realize injuries are part of our game but that doesn’t make it any easier to accept, especially for someone that works as hard and carries himself like Jakeem.

The Browns will have a brand new look at wide receiver in 2022. The team cut ties with five-time Pro Bowler Jarvis Landry after acquiring another star, Amari Cooper, in a deal with the Dallas Cowboys.

Derek Carr may be the best NFL quarterback that nobody talks about, and this stat backs it up. https://t.co/FKZt9xLcK5

Cleveland begins the regular season with a trip to Carolina on Sept. 11. All signs point to that being a showdown with former Browns quarterback Baker Mayfield.