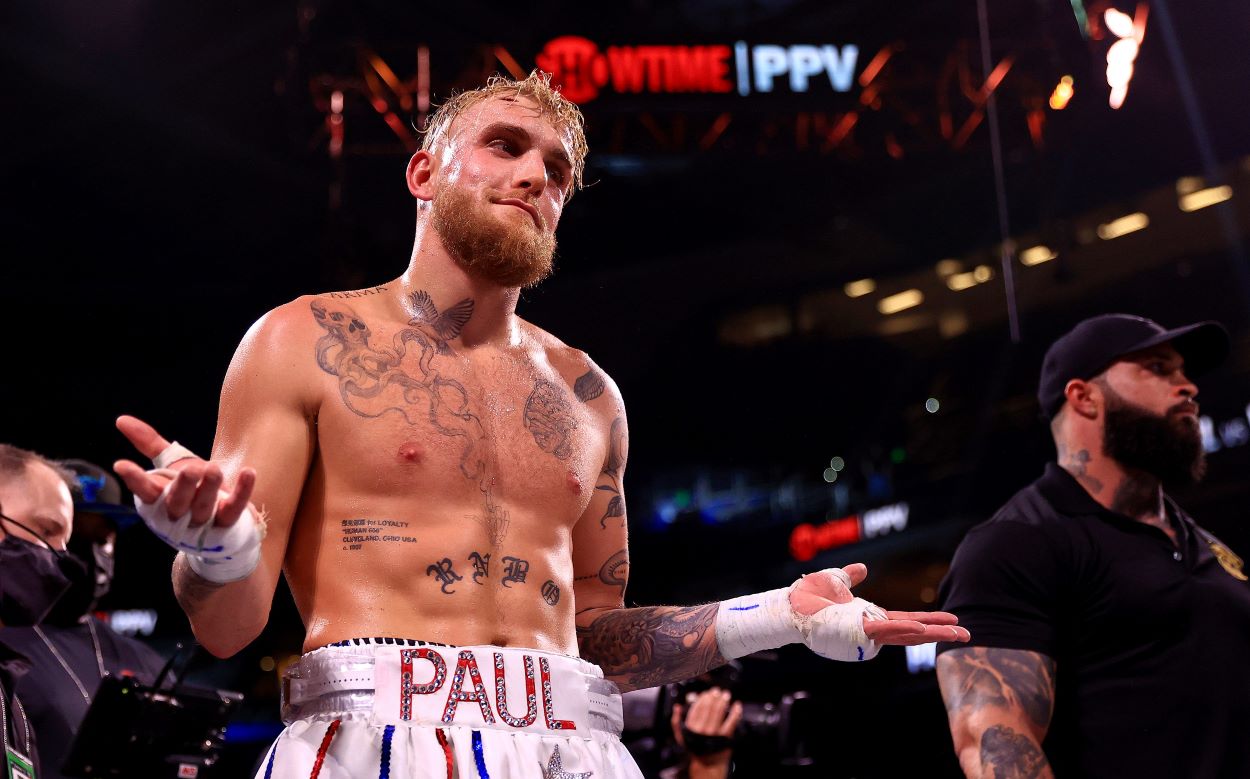 The combat sports world appears to revolve around, of all people, YouTube star Jake Paul.

Paul made a huge name for himself inside the ring by knocking out washed up former athletes, but now he’s taking a bigger bite of the apple.

The megastar is set to take on Tommy Fury, the older brother of superstar heavyweight boxer Tyson Fury.

Amanda Serrano and I dual main-event at the Mecca of boxing.

How the two got to this point is an absolutely wild ride.

Following a war of words, the pair were originally scheduled to fight last year before an illness forced Fury to pull out. They then went back to war on social media and in the press, with Fury calling out Paul after his latest victory.

They then set a fight date for August 6 in Madison Square Garden, but Paul alleged that Fury attempted to pull out of that fight as well.

Tommy Fury and boxers like him are the reason this sport started to die. Tommy, you have 24 hours to fix this. pic.twitter.com/JZFh6VAiGo

Paul drummed up more drama in the interim. He continued his feud with UFC fighter Nate Diaz and UFC president Dana White.

Dana – I’m happy to be Nate’s last fight in UFC. You know the terms: pay fighters more and give them healthcare.

Sweetener: I will fight for free. https://t.co/fhj6Ig9bS2

That now appears to be a thing of the past. Paul announced that the fight with Fury is back on for August 6. He revealed the news in a tweet early Thursday morning.

Amanda Serrano and I dual main-event at the Mecca of boxing.

Fury stands to be Paul’s toughest fight yet. He doesn’t have anywhere near his younger brother’s credentials, but is 8-0 in his pro career with four finishes.

Paul will make a boatload of money either way, but a victory will only continue to grow his fame.