‘On To The Next One’: Jake Paul Is Done Waiting For Tommy Fury, At Least For Now 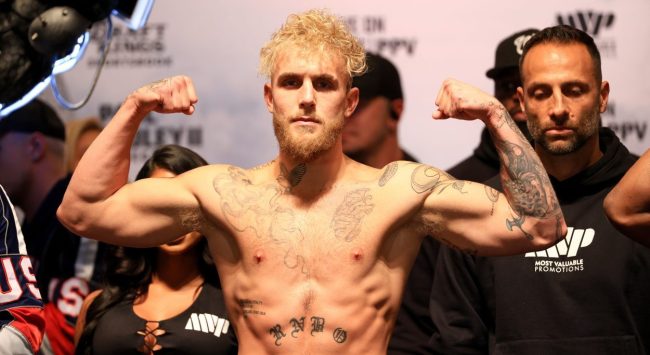 The story between Jake Paul and Tommy Fury has more twists and turns than your average go-kart track.

After over a year of trying, the two enemies appeared to have a fight set for Aug. 6 in Madison Square Garden. But the latest reports say that the fight is now off again after Fury was unable to enter the country. And Paul is absolutely livid over the latest turn.

Update: All Tommy Fury has to do is go to the embassy to make this fight happen. pic.twitter.com/J3dDDsNuMw

Tommy Fury is avoiding going to the embassy to get his visa. It’s been 36 hours with no action from his side, and per Tommy Fumbles style he missed the press conference today in NYC. pic.twitter.com/kyVfepGXFA

TMZ is reporting that Fury’s travel issues are due to his older brother, world heavyweight boxing champion Tyson Fury, and his suspected ties to the Kinahan organized crime group.

Paul also made a bet with Fury’s brother for $1 million over the proposed fight. But that never came to fruition either according to the YouTube sensation. And now Paul says that he’s moving “on to the next one” with the fight in serious doubt.

Tommy Fury is in hiding. Bitch made.

Tyson Fury lawyer never got back to my team on setting up escrow for our $1M bet. Never believed in his brother.

What exactly the next one is for Paul, no one knows. But one fight that has repeatedly been discussed is with UFC superstar Nate Diaz. Just recently, Paul and Diaz were involved in a triple threat feud that also involved UFC president Dana White.

Fury’s team has not responded to Paul since the original notice that he was unable to enter the country. But these days the story seems to change from day-to-day.